Advent of Europeans in India

1. Beginning of Europeans entry in India:

Merchants of Western European States, especially of Spain and Portugal, started to search new sea routes to India and the East Indies (name of Indonesia’s Spice Islands) to avoid old trading routes. Two facts are important in relation to the Beginning of Europeans entry into India:

2.1 Coming of Portuguese in India: 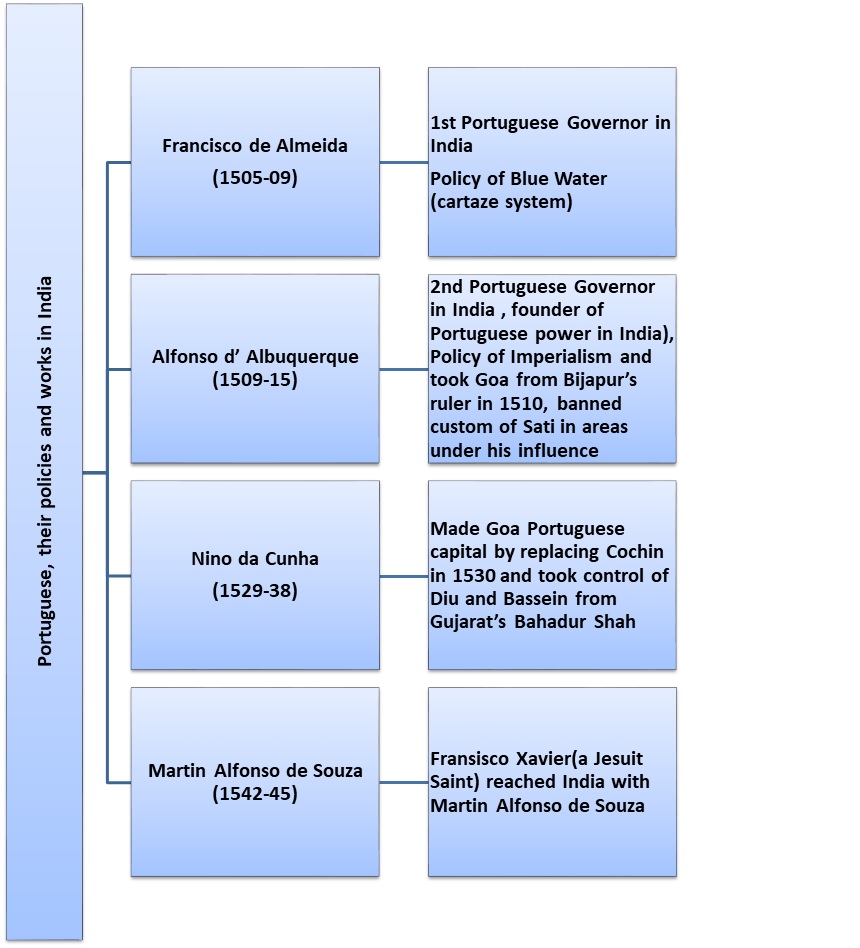 3.1 Coming of Dutch into India:

3.3 Decline of Dutch in India:

4.1 Coming of English in India:

6.1 Coming of French in India:

6.3 Decline of French in India:

Frequently Asked Questions (FAQs) about Advent of Europeans in India

Who among the Europeans first arrived in India?

Portuguese were the first to arrive in India.

Where did Vasco da Gama of Portugal reached India in 1498?

Vasco da Gama of Portugal reached India in 1498 at Calicut.

Which places became the Portuguese capital in India?

Cochin and Goa became the capital of the Portuguese in India.

What is the name of the Portuguese Governor in India who brought the policy of blue water?

Where did the Dutch set up their first factory in 1605?

The Dutch hadset up their first factory in 1605 at Masulipattam.

In which battle did the English defeat the Dutch in 1759?

In 1759 in the Battle of Bedera, the British defeated the Dutch.

Who was the first English to arrive in India?

John Mildenhall was the first English to arrive in India.

Where did the English establish the first Factory in India?

The English established the first Factory in India at Surat.

Jahangir, Aurangzeb and Farrukhsiyar had issued farmans to the English East India company.

Which Anglo-French war ended with the signing of the Treaty of Aix-La-Chapelle?

First Anglo-French war (1746-48) had ended with the signing of the Treaty of Aix-La-Chapelle.