The soldiers in the Indian Armed forces live for three Ns- Naam (Honour), Namak (loyalty to Nation) and Nishan (flag of the unit or Nation). The values of comradeship, team spirit and unity can be seen across all ranks of the army.

1. Values of the Indian Army

1. Espirit-de-Corps:  The spirit of comradeship and brotherhood of the brave, regardless of caste, creed or religion. The motto is, "One for all and all for one"!

3. Valour Fearlessness in combat and in the face of the enemy

4. Non-discrimination:  A soldier is a soldier first and anything else later.

6. Discipline and Integrity: Feeling of patriotism, honesty and courage under all circumstances is imparted through discipline and integrity.

The Indian Army is mainly tasked to protect the territorial integrity of India and safeguard its sovereignty from external aggression. It also assists civil administration in case of a natural or man-made disaster or any other situation which requires the assistance of the Indian Army.

Indian Army is headed by the Chief of the Army Staff who is 4 star-rank General. There are a total of 7 commands, out of which 6 are operational commands and one is Army Training Command. Each command is headed by General Officer Commanding in Chief (GOC-IN-C) who is a 3-star rank Lieutenant General.

The army soldiers are further grouped into a fighting force.

Section: Commanded by Section Commander with a Rank of Havildar. 10 soldiers make a section.

Battalion/ Regiment: Commanded by Commanding Officer with a Rank of Colonel. It comprises of Four Rifle Companies. This is the main fighting unit of infantry.

Brigade: Commanded by Brigade Commander with a rank of Brigadier (1-star). It comprises of 3- Battalions and support elements.

Corps: Commanded by GOC (Corps Commander) with a rank of Lieutenant General (3-star). It comprises of 3-4 Divisions. 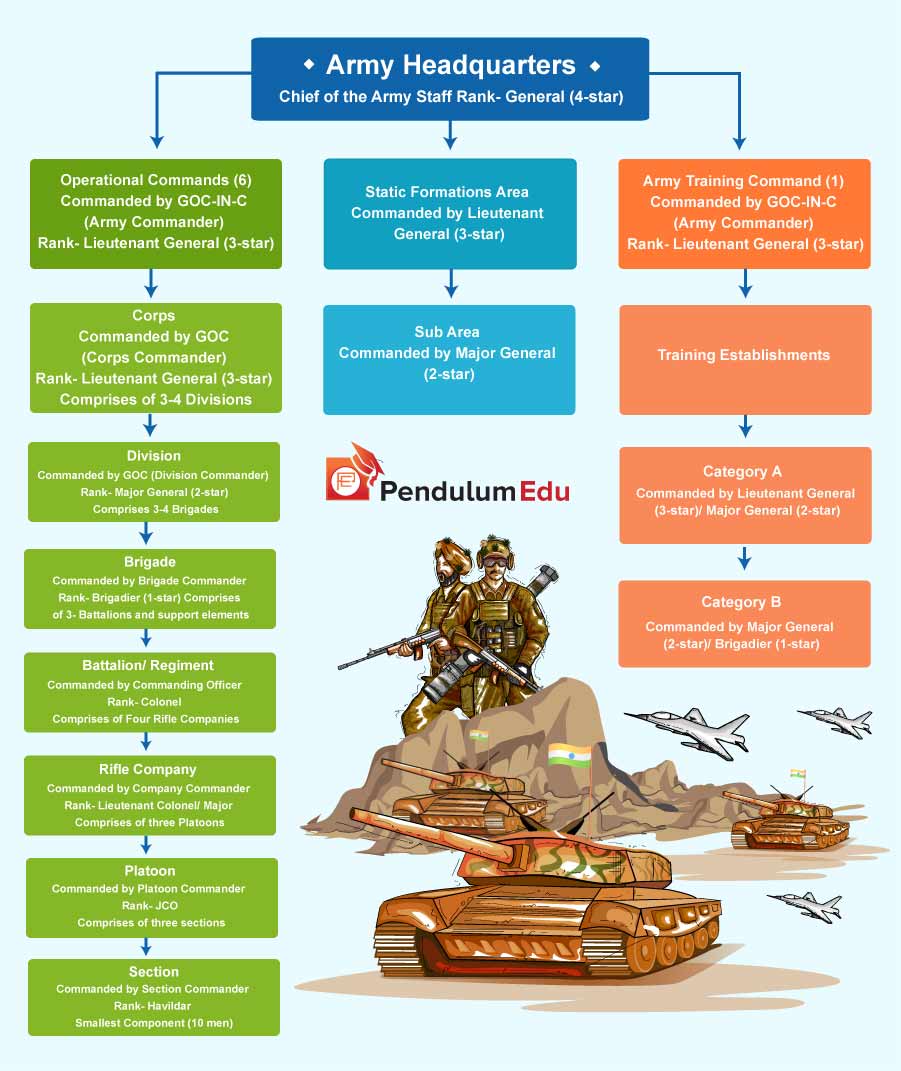 5. Organisation of the Indian Army

A. Combat Arms: This is the fighting force of the Army. It comprises of-

1. Armoured Corps It consists of tanks as its main weapons. They also provide vital support to the Infantry (foot soldiers).

2. Mechanized Infantry - Mechanised Infantry is the latest arm of the Indian Army.

3. Infantry - These are fighting troops who attack and occupy the captured ground. It is the most important and largest branch of the fighting forces in the Indian Army. It is supported by combat support arms which are:

B. Services: The remaining army is organised under the services to provide logistical (arms, ammunition, rations etc.) material to the army. The Services include the following departments:

Who is the head of Indian Army?

Indian Army is headed by the Chief of the Army Staff who is 4-star-rank General.

Where is the headquarters of Southern Command of Indian Army located?

The headquarters of Southern Command of Indian Army is located at Pune.

Where is the headquarters of Western Command of Indian Army located?

The headquarters of Western Command of Indian Army is located at Chandimandir.

Where is the Army Training Command located?

Where is the headquarters of the Eastern Command of Indian Army located? 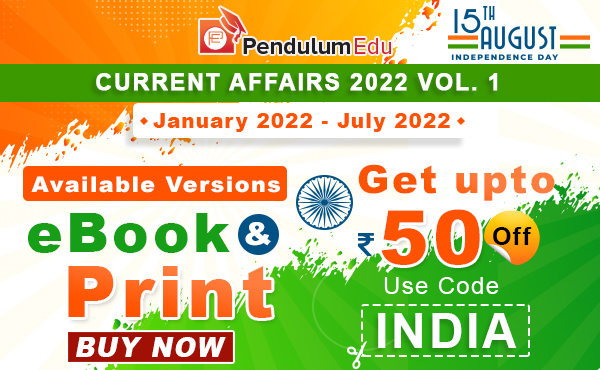