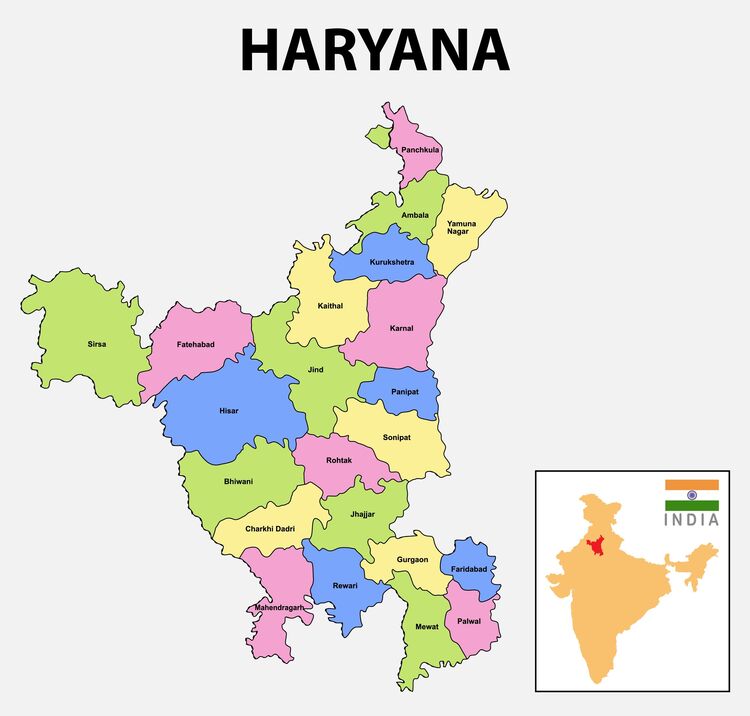 Haryana state is a vast ground of moist land. The climate of Haryana varies from moist sub- tropical in north bordering Himachal Pradesh to arid in southern part bordering Rajasthan. The summers are extremely hot and winters are quite cool. Occasional showers can be experienced during December-January.

Haryana has three distinct seasons as given below:

Haryana is often called the “Food Mine” of India. Majority of population is dependent on Agriculture.

Major Crops Grown in Haryana: Rice, jowar, bajra, maize, wheat, barley, gram, mustard (including rapeseed), cotton (both American and Desi) and sugarcane. The crops account for 88 per cent of total cropped area in the state in 2008-09.

The main kharif crops in the state include sugarcane, groundnut, maize and paddy etc. The minor kharif crops are chillies, bajra, jawar, pulses and vegetables.

Major Crops Fruits in Haryana: Additional area of 1570 hectare is under fruit cultivation in Haryana. The farming of fruits like mango, lichi, guava, ber, chiku, amla and citrus are under the horticulture department.

There are 4 river basins in Haryana. The state has no perennial river of its own. River Yamuna defines the eastern border of Haryana. The important rivers of Haryana are Ghaggar, Saraswati, Yamuna, Markanda, Sahibi, Indori, Somb, Dohan, Chautang, Krishnavati, etc. 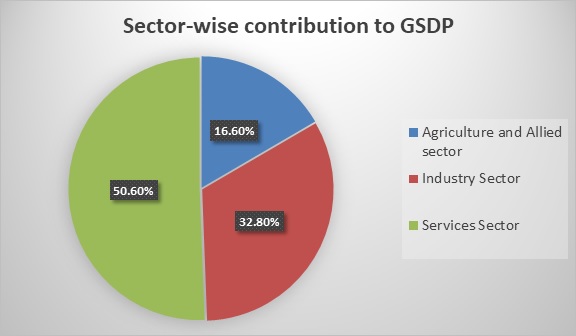 Mahendragarh is the richest district amongst others in Haryana in association with mineral resources. Minerals such as Limestone, Dolomite, Quartz, Slate, Barytes, Calcite, Felspar, Marble, Copper, etc are found in this district.

Haryana state is the principal holder of country's resources of tin (64%), quartz-silica sand (52%) and quartzite (49%). The value of mineral production in Haryana was Rs. 149 crore from minor minerals during 2011-12.

Faridabad is the largest city of Haryana.

FAIRS AND FESTIVALS OF HARYANA

ART AND CRAFT OF HARYANA

5. Geeta Phogat – She is the first female wrestler to win a gold medal in wrestling at the Commonwealth Games in 2010.

What is the capital of Haryana?

The capital of Haryana is Chandigarh.

Which is the state flower of Haryana?

Lotus is the state flower of Haryana.

Who is the current Chief Minister of Haryana?

The current Chief Minister of Haryana is Manohar Lal Khattar.

How many Lok Sabha and Rajya Sabha seats are there in Haryana?

Who is the current governor of Haryana?

The current governor of Haryana is Bandaru Dattatreya.