Read the complete list of Indian entries in the Intangible Cultural Heritage List of UNESCO. This study material is relevant for all the candidates preparing for State PCS (like UPPCS) exam, SSC CGL exam, SSC CHSL exam, RRB NTPC exam, UPSC CDS, UPSC CSE, etc. The list is made up of intangible heritage elements that help to showcase the diversity of cultural heritage and raise awareness of its importance.

India is a signatory of 2003 UNESCO Convention which aims for the Safeguarding of the Intangible Heritage along with traditions and living expression. There are three lists under the Intangible Cultural Heritage:

a. List of intangible cultural heritage in need of urgent safeguarding

b. Representative List of intangible cultural heritage of humanity

Intangible cultural heritage means the practices, representations, expressions, knowledge, skills – as well as the instruments, objects, artifacts and cultural spaces associated with them that communities, groups and, in some cases, individuals recognize as a part of their cultural heritage.

2. Ramlila, traditional performance of the Ramayana-2008 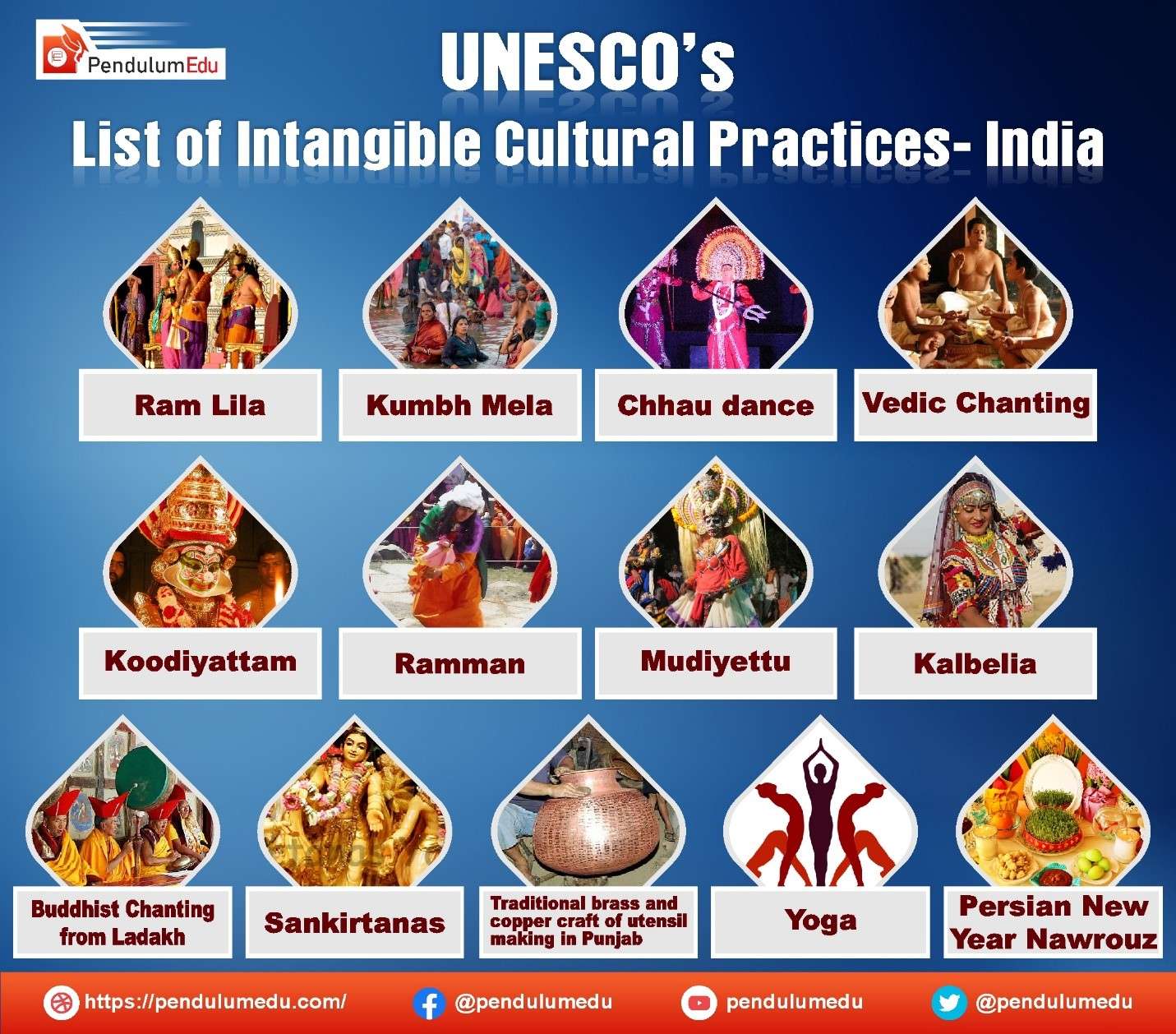 10. Traditional brass and copper craft of utensil making among the Thatheras of Jandiala Guru, Punjab, India-2014

1. In December 2019, the “Nuad” Thai massage was recognized by UNESCO as part of the representative list of the intangible cultural heritage of humanity.

2. During the 16th session of the Intergovernmental Committee held in December 2021 in Paris, France, the Committee added Durga Puja to the list.