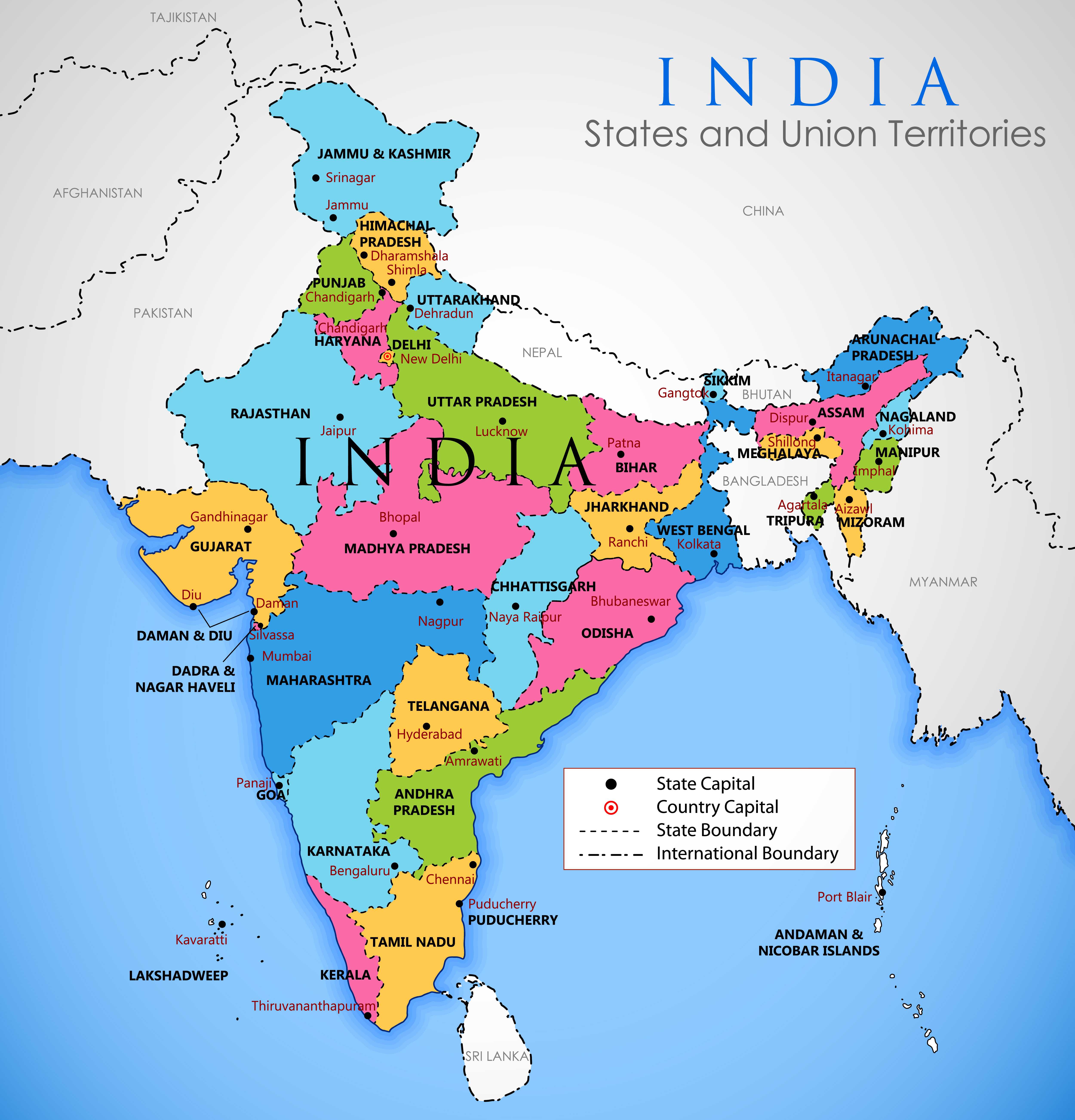 India and the World

A Strait is a narrow passage of water that connects two seas or separates two landmasses.

A Gulf is a large inlet from the ocean into the landmass. Its opening is narrower than a bay.

1. The Tropic of Cancer does not pass through

The Tropic of Cancer (23° 30'N) passes through 8 Indian states- Gujarat, Rajasthan, Madhya Pradesh, Chhattisgarh, Jharkhand, West Bengal, Tripura and Mizoram. It does not pass through Odisha.

2. The easternmost longitude of India is

4. Which of the following countries does not share a land boundary with India?

Bhutan, Bangladesh, Afghanistan, Pakistan, Myanmar, China and Nepal share their land boundary with India. Tajikistan is a country that lies in Central Asia.

What is the latitudinal extent of India?

Which island group of India lies to its south-east?

Andaman and Nicobar group of Islands lies to the south-east of India.