This chapter discusses the river system of India and other drainage patterns.

Drainage: The term drainage describes the river system of an area. Small streams flowing from different directions come together to form the main river, which ultimately drains into a large water body such as a lake or a sea or an ocean.

Water divide: Any elevated area, such as a mountain or an upland, separates two drainage basins. Such an upland is known as a water divide.

Drainage system of India is controlled by the relief features and accordingly, the Indian rivers are divided into two major groups:

Major river systems in this region are: 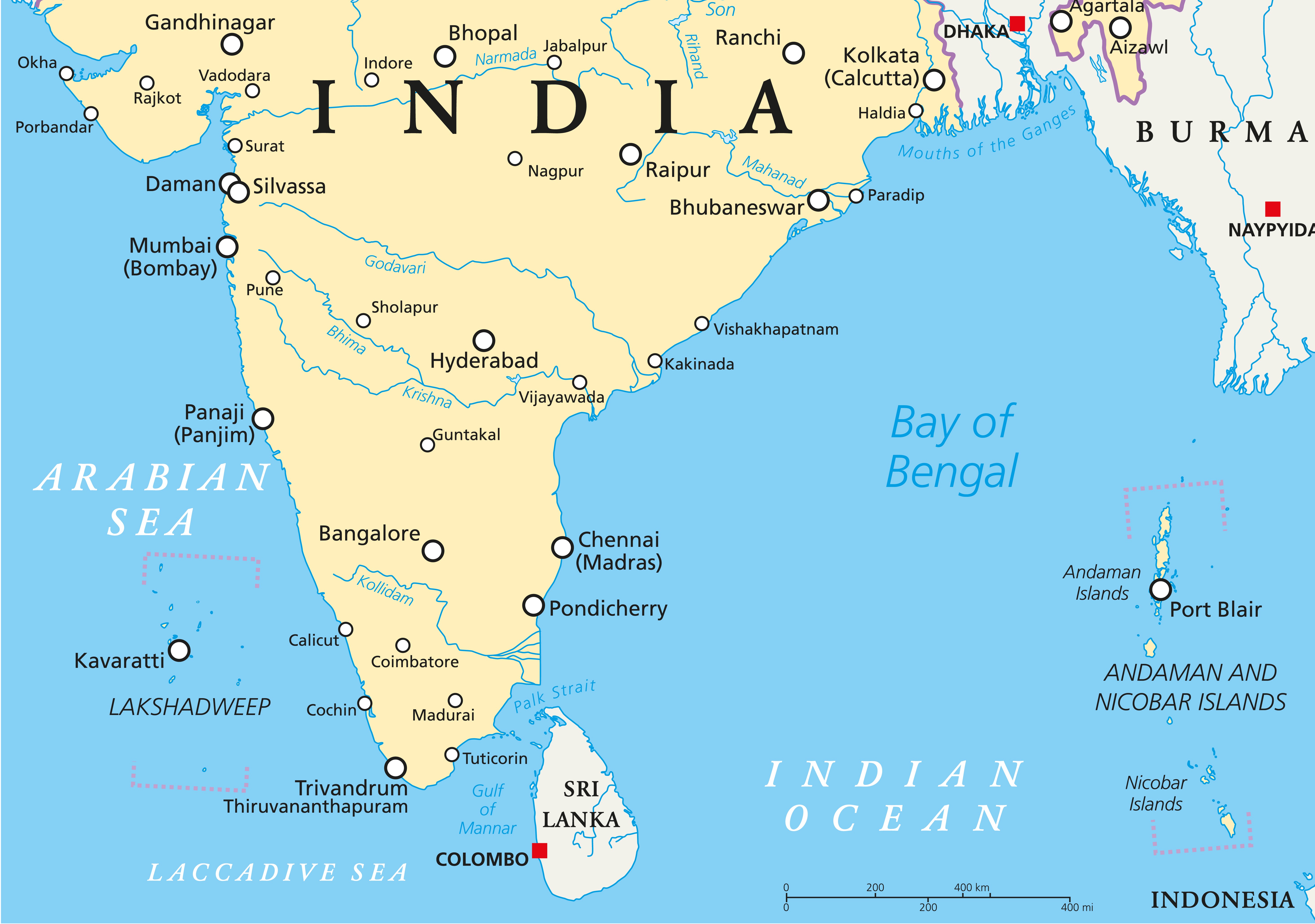 Read more about Lakes in India

The Narmada River conservation mission has been undertaken by the government of Madhya Pradesh by a scheme named Namami Devi Narmade.

The Namami Gange Programme is an Integrated Conservation Mission approved as a ‘flagship programme’ by the Union Government in June 2014 to accomplish the twin objectives of effective abatement of pollution, conservation and rejuvenation of the national river, Ganga.

1. In which of the following states is the Wular Lake located?

Wular lake, the largest freshwater lake of India, is located in Jammu and Kashmir.

2. The river Narmada has its source at

(d) Slopes of the Western Ghats

The river Narmada has its source at Amarkantak hills in Madhya Pradesh.

3. Which of the following lakes is a salt water lake?

4. Which one of the following is the longest river of Peninsular India?

Godavari river is the longest river in Peninsular India.

5. Which one amongst the following rivers flows through a rift valley?

Narmada and Tapi are the two rivers that flow through a rift valley.

Which is the second biggest waterfall in India?

Narmada and Tapi are the two rivers that flow through a trough.

Where did the two headstreams of the Ganga meet?

Alaknanda and Bhagirathi are the two headstreams of Ganga and they meet at Devaprayag in Uttarakhand.

Which is the largest river basin in India?

The Ganga basin is the largest river basin in India.

On which river is the Nagarjuna Sagar river valley project built?

Which river is known as the “Sorrow of West Bengal”?

Damodar river is known as the Sorrow of West Bengal.

Which is the important river of the Indian Desert?

Luni is the important river of the Indian Desert. It is the only large river in the region.
3 LIKES