4. Kutch Copper Ltd (KCL), a subsidiary of Adani Enterprises Ltd, has raised a debt of ₹6,071 crore by a consortium of banks.

6. The deregulation of sale of domestically produced crude oil has been approved by Cabinet Committee on Economic Affairs. 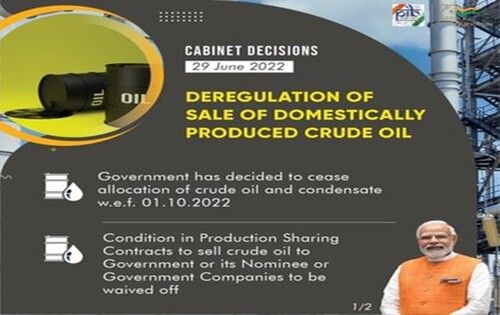