Let us assume X is the lady sitting in front of A, F is the B’s father in law, and H is the B’s husband.

Thus, depicting the given information in the diagram we get 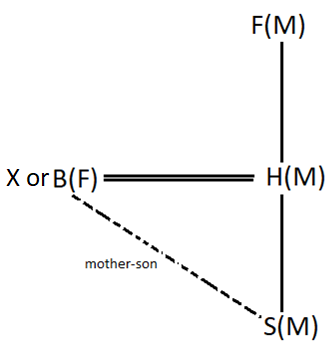 From the above family tree, we can say that lady sitting in front of A is B herself.