SSC CHSL 2020 Tier 1 has started on 12 April 2021 and the overall level of the exam was moderate. SSC CHSL 12 April Memory-based questions of General Awareness (Static GK + Current Affairs), Maths, Reasoning and English have been shared. The Maths paper was moderate but calculative, GK was moderate and English was easy.

Q2. Which of the following Venn diagram is best suitable to represent Flower, White, and Guava?

Q8. Three different positions of the same dice are shown below. Which number can be on the face opposite to the face showing ‘3’?

Q9. The sequence of folding a piece of paper and the manner in which the folded paper has been cut is shown in the following figures. How would this paper look when unfolded? 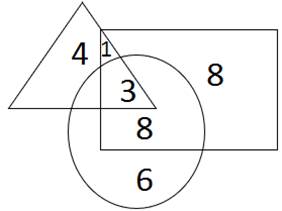 Q12. Which of the following venn diagram represent the relationship between Female, Sister, and Wife. 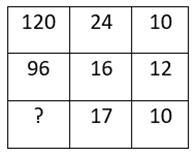 Q15. Count the number of rectangles in the given figure: 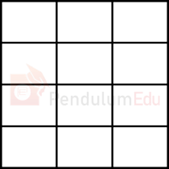 Q19. Which of the following dice cannot be formed by folding the given 2D open dice? 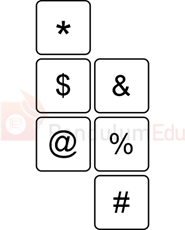 Q21. Count the number of triangles in the given figure: 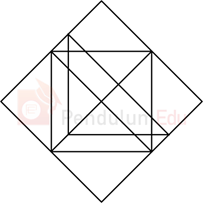 Q24. Find the mirror image of the given figure

Q26. Count the number of triangles in the given figure: 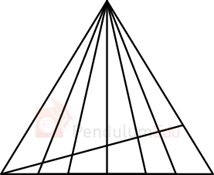 Q27. Find the next term of the given series: 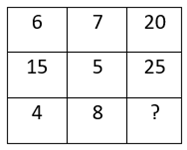 SSC CHSL 2021 examination for 12th of April was overall of easy to moderate level. The questions asked were all doable and not much confusing. The Vocabulary section carried words that are commonly used and are easy to comprehend. Moreover, the change of Direct to indirect and vice versa was also based on direct change of tense with simple options given. In addition to this, the grammar section in the SSC CHSL exam for the 12th of April was easy and no question was asked from any exceptional grammar rule and all were based on basic rules as verb forms, tenses, subject-verb agreement, etc.

In the reading ability section, cloze passage was story-based and one was reflective on life experience. Reading comprehension had direct questions and was easy to attempt.

Errors were based on:

The questions asked were based on a basic change of tense.