Current account: It represents a country's imports and exports of goods and services, payments made to foreign investors, and transfers such as foreign aid. 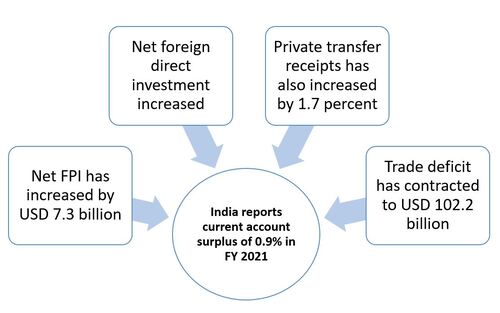 3. Manufacturing PMI for June declined to 48.1.

It is prepared by IHS Markit.

6. First ever consignment of coal from Netaji Subhas Dock (NSD) of SMP Kolkata to Bangladesh has been exported by India.

7. SBI launches CASP across its 360 select branches to cater to Current Account customers.

It is a nationalized public sector bank and the largest lender of India.

Life Insurance Corporation of India (LIC) is the largest non-promoter shareholder in SBI.

Tagline: The Banker to Every Indian

It is a statutory body formed on 24 July 1998 under the Electricity Regulatory Commissions Act, 1998.

It is the central commission functioning under section 76 of the Electricity Act 2003.

It consists of a Chairperson and four other members. Chairperson of Central Electricity Authority is ex-officio member of CERC.