1. RBI has approved products of four entities for cross-border payments.

2. RBI has placed restrictions on four cooperative banks because of their worsening financial positions.

3. CBDT and all its field offices across the country observed 163rd anniversary of Income Tax Day on 24 July 2022. 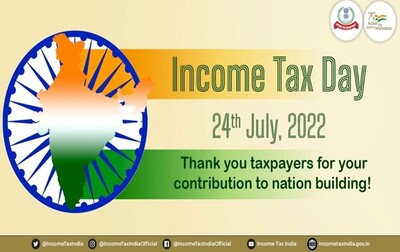 4. ITI Limited has signed an MoU with Centre for Development of Telematics (C-DOT) for transfer of 4G technology.

10. Vinayak Pai has been appointed as Managing Director of Tata Projects.