In 2019, it will be held from 31st October – 13th November 2019 at Foreign Training Node in Mahajan Field Firing Ranges, Rajasthan.

The focus of this exercise will be on counter-terrorism in semi-desert regions.

2. ‘Bishwa Ijtema’ to be held in Bangladesh in January next year

‘Bishwa Ijtema’ literally means world congregation and is an annual event held on the bank of Turag River in Dhaka since 1967. Muslims from more than 150 nations participate in the event that focuses on prayer and meditation.

Justice Sharad Arvind Bobde is appointed as the 47th Chief Justice of India, who will be taking oath on 18th November 2019. He will hold the post for 17 months till 23rd April 2021.

The Chief Justice of India is appointed by the President and is known as the master of the roster. H J Kania was the first CJI, while the 46th CJI is Ranjan Gogoi.

The first-ever common foundation course for IAS probationers- ‘Aarambh’  is undergoing at the Statue of Unity in which more than 450 probationers are participating. The president of World Bank David Malpass has addressed the trainees while PM Modi will address them on 31st October.

Statue of Unity is the colossal statue of Sardar Vallabhbhai Patel, the first deputy PM and Home Minister of India. It is the world’s tallest statue (182 m height). The statue is located in Kevadiya, Gujarat.

Cosmic Yeti – Described by scientists as the discovery of “Footprints of a Monstrous Galaxy.”  A Galaxy that has stars equivalent to that of Milky Way and is extremely productive, creating stars nearly 100 times faster than our Milky Way.

Massachusetts Institute of Technology (MIT) researchers have developed a method to capture carbon dioxide from the air, thereby reducing greenhouse gas levels in the atmosphere. The new technology does not require higher concentrations; instead, it can remove CO2 at any concentration level.

The device consists of a specialized battery with electrodes that absorbs the CO2 from the air passing through its surface. Polyanthraquinone compounded with carbon nanotubes has been used for electrode coating.

8. 2019 Saarlorlux Open to begin in Germany from today

Indian shuttlers Saina Nehwal and Lakshya Sen will be representing India at the Saarlorlux Open Super Tour 100 tournament that begins today in Germany. Kiran George, Mithun Manjunath, and Rahul Bharadwaj will also be participating in the tournament.

2019 SaarLorLux Open tournament is organized by the German Badminton Association and sanctioned by Badminton World Federation.

Rupay is India’s domestic payment card that was launched by NPCI. RuPay card has been issued by more than 1100 banks and has a market share of 33% of all the card transactions. RuPay has been launched in countries like Singapore, Bhutan, Maldives, Bahrain, UAE, and now in Saudi Arabia.

A new Global Health Security Index has been released that assesses health security and countries’ ability to prevent, detect, and respond to a disease outbreak. The report suggested that there is not a single country across the globe (out of the 195 countries evaluated) that is fully prepared to handle an epidemic or pandemic.

John Hopkins Center prepares the index for Health Security and the Nuclear Threat Initiative along with the research of EIU. The assessment is done across six categories, 34 indicators, and 85 sub-indicators. 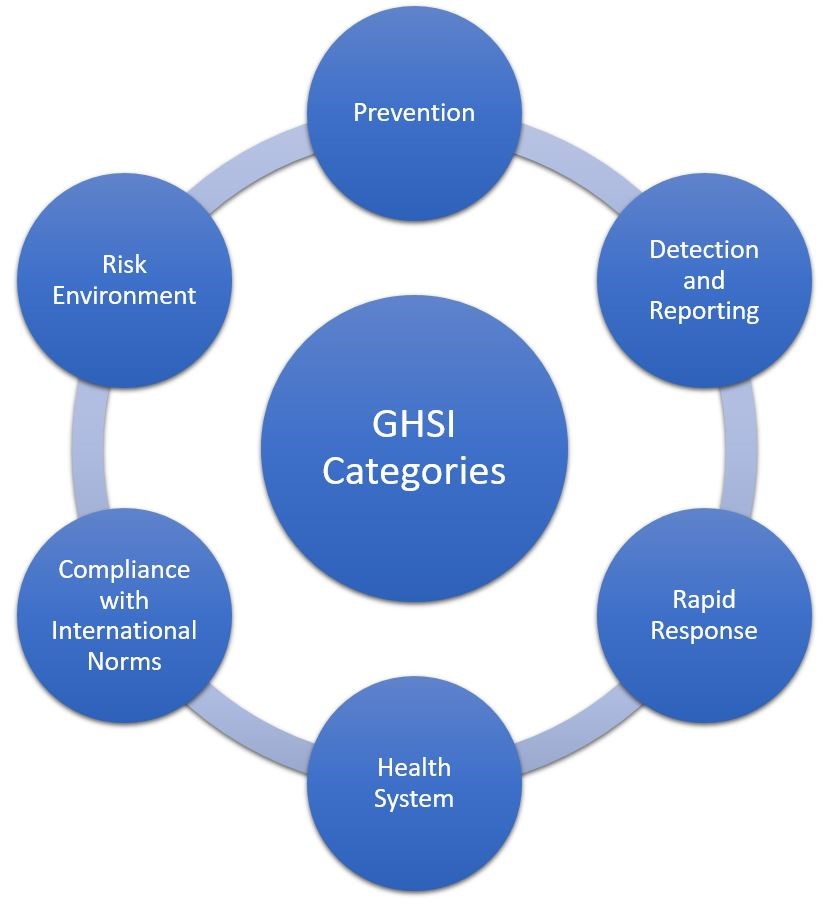