QOTD-GA-Who among the following was referred to as “The Father of the Indian Unrest” by the British authorities? 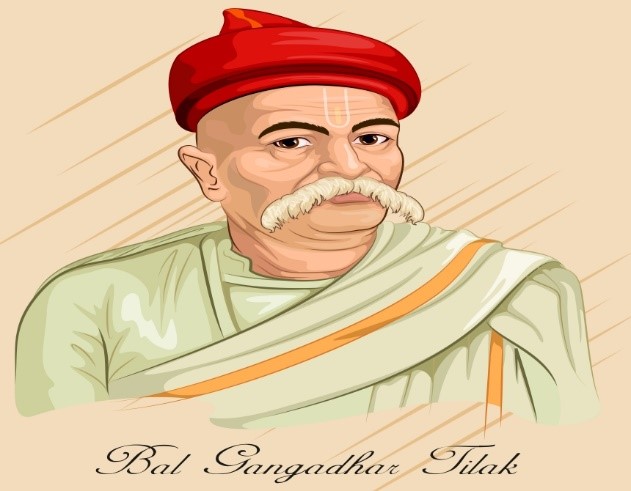 Bal Gangadhar Tilak was born on 23rd July 1856 in the Ratnagiri district of Maharashtra. He was one among the extremist leader in the group ‘Lal Bal Pal’. He was one of the freedom fighters who throughout his life advocated strongly for Purna Swaraj. He was given the title of ‘Lokmanya’, literal meaning accepted by the people. He was called “The father of the Indian Unrest” by the British officials.

He was one of the main proponents of expanding the Swadeshi and the Boycott movement to every part of the country. He also founded the All India Home Rule League in 1916-18. He had been tried for sedition charges many times by the British and was finally given a sentence of 6 years to be spent in Mandalay jail.

He died on 1st August 1920at the age of 62 in Bombay. He is remembered for his famous slogan in Marathi- “Swaraj is my birthright and I shall have it”.

Renowned personalities that contributed to the Indian Freedom struggle are important from the exam point of view. Questions related to this topic are asked in various exams like UPSC CSE, UPSC CDS, State PSC, SSC CGL, SSC CHSL, SSC MTS, etc. One can try and attempt our free mock tests at PendulumEdu and keep oneself updated regarding the latest exam pattern.