B). Mother in law

D). None of the above

Thus depicting the given information in diagram we get, 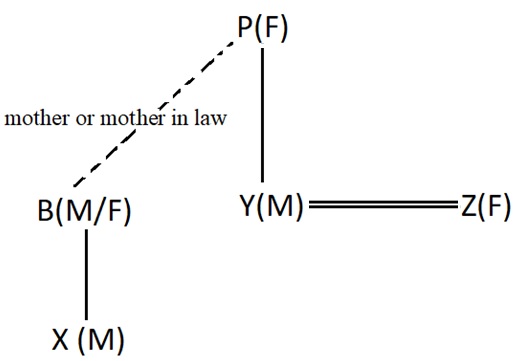 As, from the picture it is clear that P can be either mother or mother in law of B

So, none of the above option will be correct.