Consider the given expression

Here, number of recurring digits in all the number are 23, 2 and 5

Part 3: Take only two digits from the digits remaining after taking first part and second part 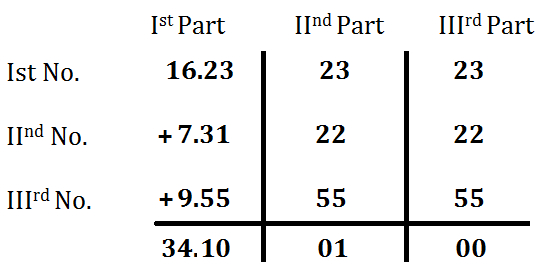