In a family of 6 person P, Q, R, S, T and U, only two persons are male. P is the paternal grandfather of U. Q is the brother-in-law of S. R is the daughter-in-law of P and sister of S. T is not the father of U. S has only one child. How is T related to Q. 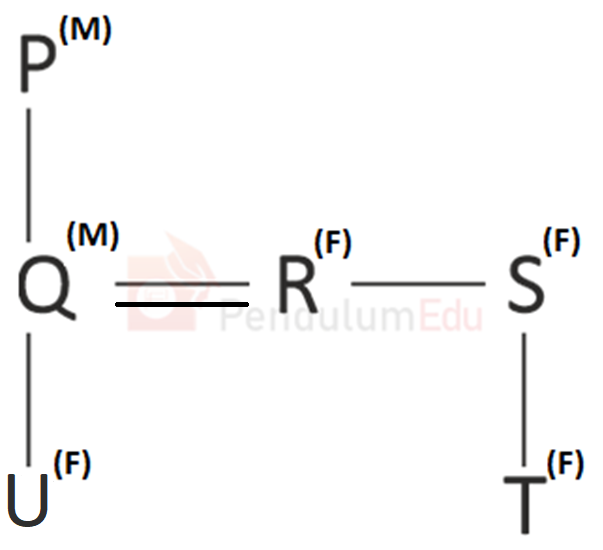 Thus, depicting the given information in the diagram we can say that T is the niece of Q