In a family of 7 members, A is the mother of only D and C, who is the Aunt of G. F is the grandson of B and E is the wife of D. If there is no single mother or father in the family, then how is E related to A?

Depicting the given information in the figure we get 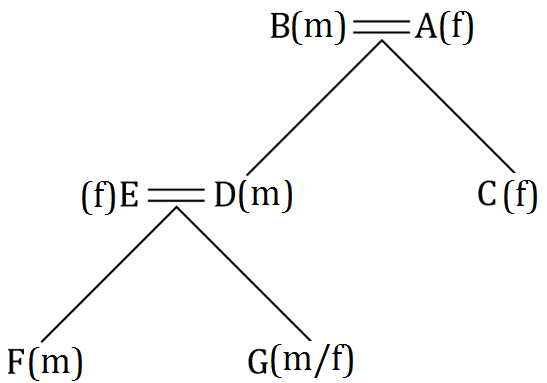 From the above figure we can say that E is the daughter in law of A.