Correct Answer : a ) Brother in law

Thus, depicting the given information in the diagram we get 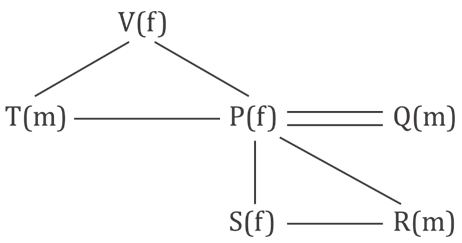 From the above figure, we can say that

Q is the brother in law of T.