Thus, the coding logic between ‘PHILOGNY’ and ‘LTSPMUNC’ can be described as 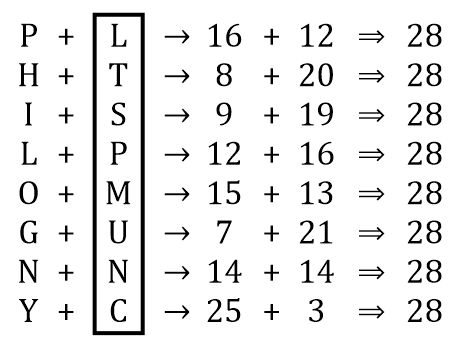 Similarly, the logic of the code for ‘BORED’ can be depicted as

Now, applying the same logic to the word ‘JUST’ we get

Read Daily Current Affairs, Banking Awareness, Question of the Day, and much more to boost your preparation.