If  "PANDEMIC" is coded as "DSFPOGKQ", then what will be the code for "CORONA"?

PANDEMIC is coded as DSFPOGKQ

Here, the common logic followed is that the sum of the numerical value of the corresponding alphabets in the word and code is 20.

Depicting the logic, we get 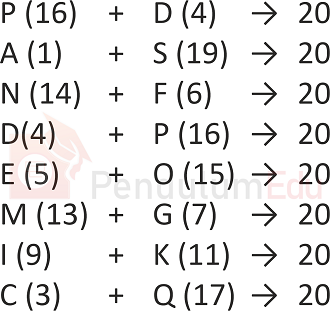 Similarly, code for CORONA will be

Thus, CORONA will be coded as QEBEFS