A and B are standing facing each other. Each of them turns 300 clockwise and then took a 900 right turn. If A is finally facing towards the south direction, then initially in which directions A and B were facing respectively?

Now, depicting the given information in the figure we get 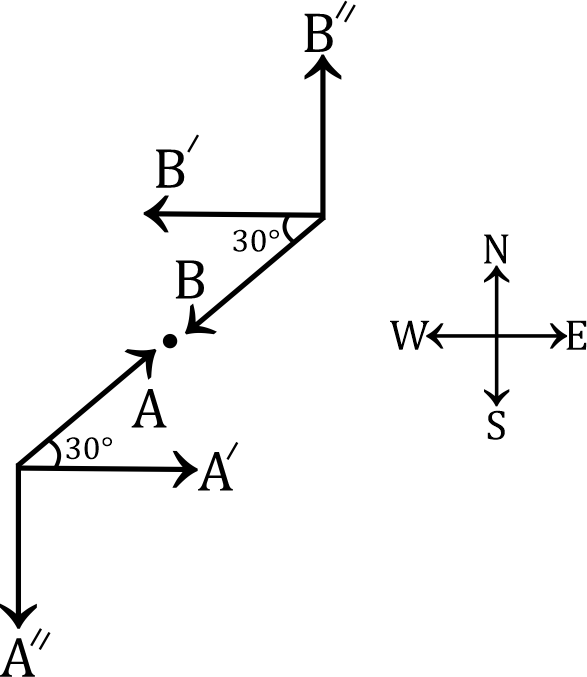 From the above figure we can say that