Which of the following will replace the question mark (?) in the given series? 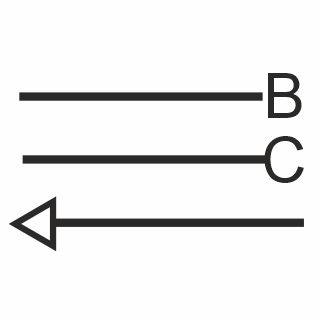 Consider the given series:

The Logic which is followed by the series can be shown as:

Logic 1: In the above series to obtain the next figure, the first figure is rotated by 900  clockwise and then the position of symbols ‘B’ and symbol ‘?’ are changed to the opposite end of the same lines on which these symbols are present initially.

Logic 2: For alternate rotation of the figure, symbol ‘C’ is changed to the opposite end of the same line on which it is present in the previous figure.

Therefore, the complete series will be:

Read Daily Current Affairs, Daily Banking Awareness, Word of the Day, and much more at PendulumEdu and take your exam preparation to the next level.