Depicting the given information in the figure, 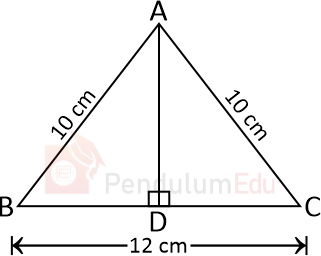 Property: In an isosceles triangle, altitude and median drawn on the unequal side is same.

Now, AD will also be the median for ∆ ABC