International Day of Yoga 2020: Theme, History and Benefits of Yoga

The United Nations General Assembly unanimously adopted the resolution 69/131 on 11th December 2014 to mark 21st June as the International Day of Yoga. 21st June was selected as it the longest day in the Northern Hemisphere and is of great significance for many people in the world.

In 2016, Yoga was listed as an Intangible Cultural Heritage by UNESCO.

Indian Prime Minister Narendra Modi introduced the proposal during the 69th session of the General Assembly and said, “Yoga is an invaluable gift from our ancient tradition. Yoga embodies unity of mind and body, thought and action ... a holistic approach [that] is valuable to our health and our well-being. Yoga is not just about exercise; it is a way to discover the sense of oneness with yourself, the world and nature.”

The theme for the year 2019 was “Yoga for Climate Action.”

The theme for the year 2020- “Yoga for Health- Yoga at Home”. The theme has been decided in the view of global COVID-19 pandemic and maintaining social distancing.

History of Yoga in India

What does the Logo of International Yoga Day symbolize?

According to WHO, lack of physical exercise has been the top ten leading causes of death globally and also a key risk factor for non-communicable diseases like cancer, high blood pressure, cardiovascular diseases, diabetes, etc.

Yoga has gained popularity worldwide due to its various benefits. Some of the benefits of Yoga are as follows: 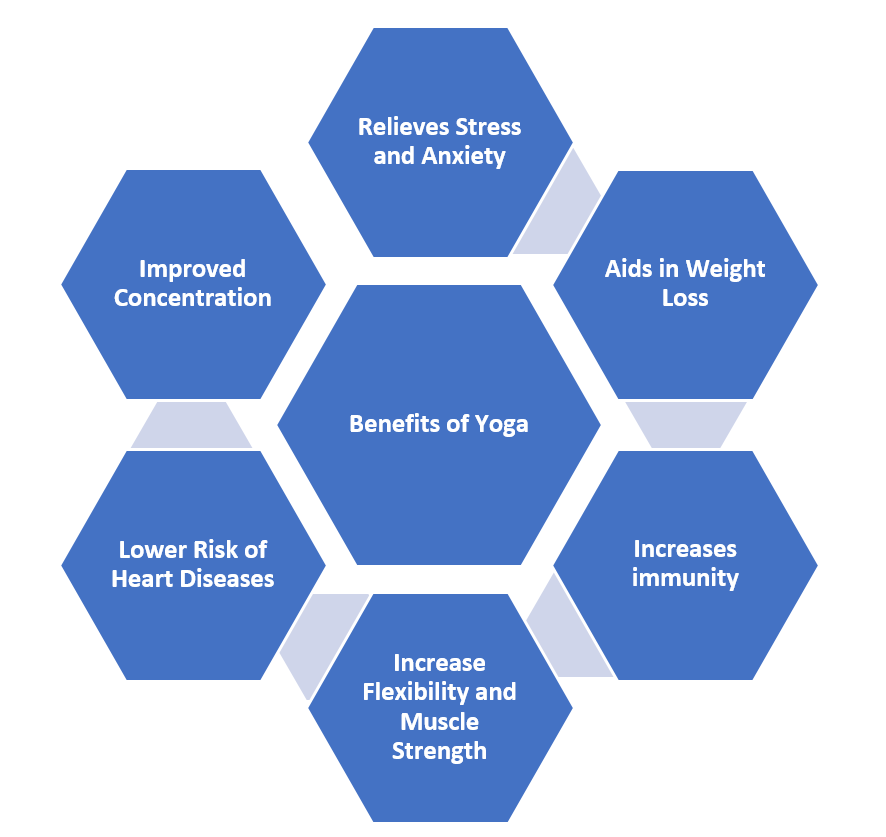 STAY HEALTHY, STAY SAFE, STAY AT HOME and DO YOGA!!!