Jal Shakti Abhiyan has officially begun from 1st July 2019 and was launched by Union Jal Shakti Minister Shri Gajendra Singh Shekhawat for creating mass awareness for water conservation and water harvesting. The focus will be on 1592 water-stressed blocks in 256 districts as identified in Central Ground Water Board’s 2017 data. Out of these blocks, maximum blocks fall under the over-exploited and critical category.

Highlights of the Campaign

The campaign will run in two phases:

Five significant water conservation efforts will be focused; these are- 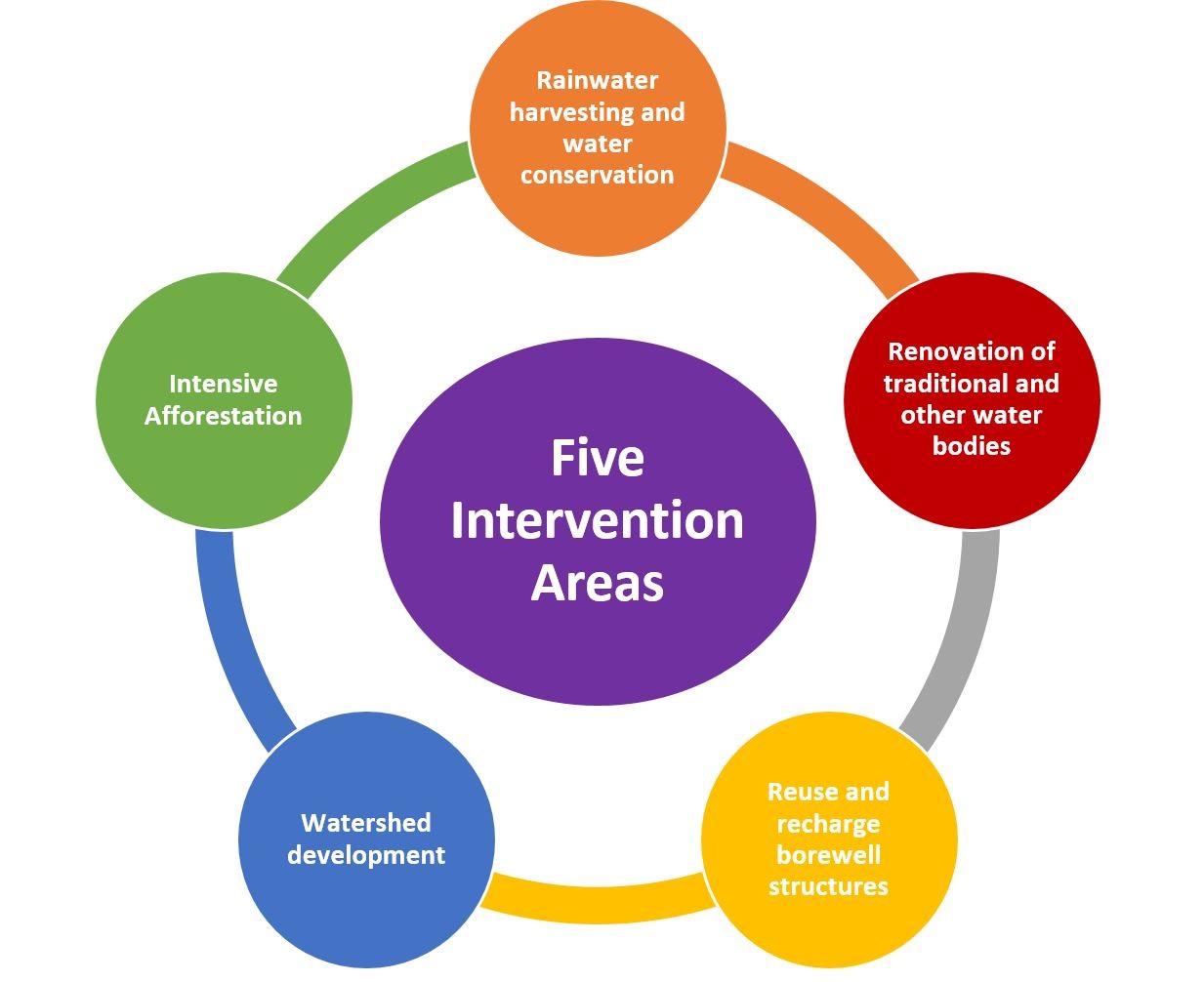 In addition to this, special interventions like developing block and district water conservation plans, ‘Krishi Vigyan Kendra melas’, Urban Waste Water Reuse, mobilization of scientists and IITs, creating 3D Village Contour Maps, etc. will be taken up for promoting efficient use of water in irrigation and for effective planning of interventions.

The campaign is a combined effort of various ministries of Central Government and State Governments and is coordinated by the Department of Drinking Water and Sanitation under the Ministry of Jal Shakti (formed by the merger of Ministry of Water Resources, River Development & Ganga Rejuvenation and Ministry of Drinking Water and Sanitation). The teams led by the additional secretary and joint secretary rank officers will keep a check on these 256 districts to ensure proper implementation of existing water conservation schemes under Mahatma Gandhi National Rural Employment Programme, Integrated Water Management Programme (IWMP), and Micro Irrigation Programme. There will be no additional funds and targets allocated for this campaign.

Need for such Initiative

According to the report released by NITI Aayog on Composite Water Management Index(CWMI) in 2018, 600 million people in India are facing high to extreme water stress, and about 75% of the household in India do not have drinking water facilities at their premise. India also ranked 120 out of 122 countries in the water quality index. The report also said that 54% of India’s groundwater wells are declining in level due to over-extraction of water and 21 major cities are expected to run out of groundwater by 2020. According to the information given by Jal Shakti minister, only 8% of the total rainwater is harvested in the country. Hence, such an initiative is required to increase people’s participation in conserving water.

Department of Drinking Water and Sanitation has launched the District rankings to measure the progress achieved during the Jal Shakti Abhiyan. The progress of the districts will be evaluated based on Five Intervention areas, Special Interventions, and People Participation.