QOTD - Which of the following is not one of the ten banks whose merger had been announced recently? 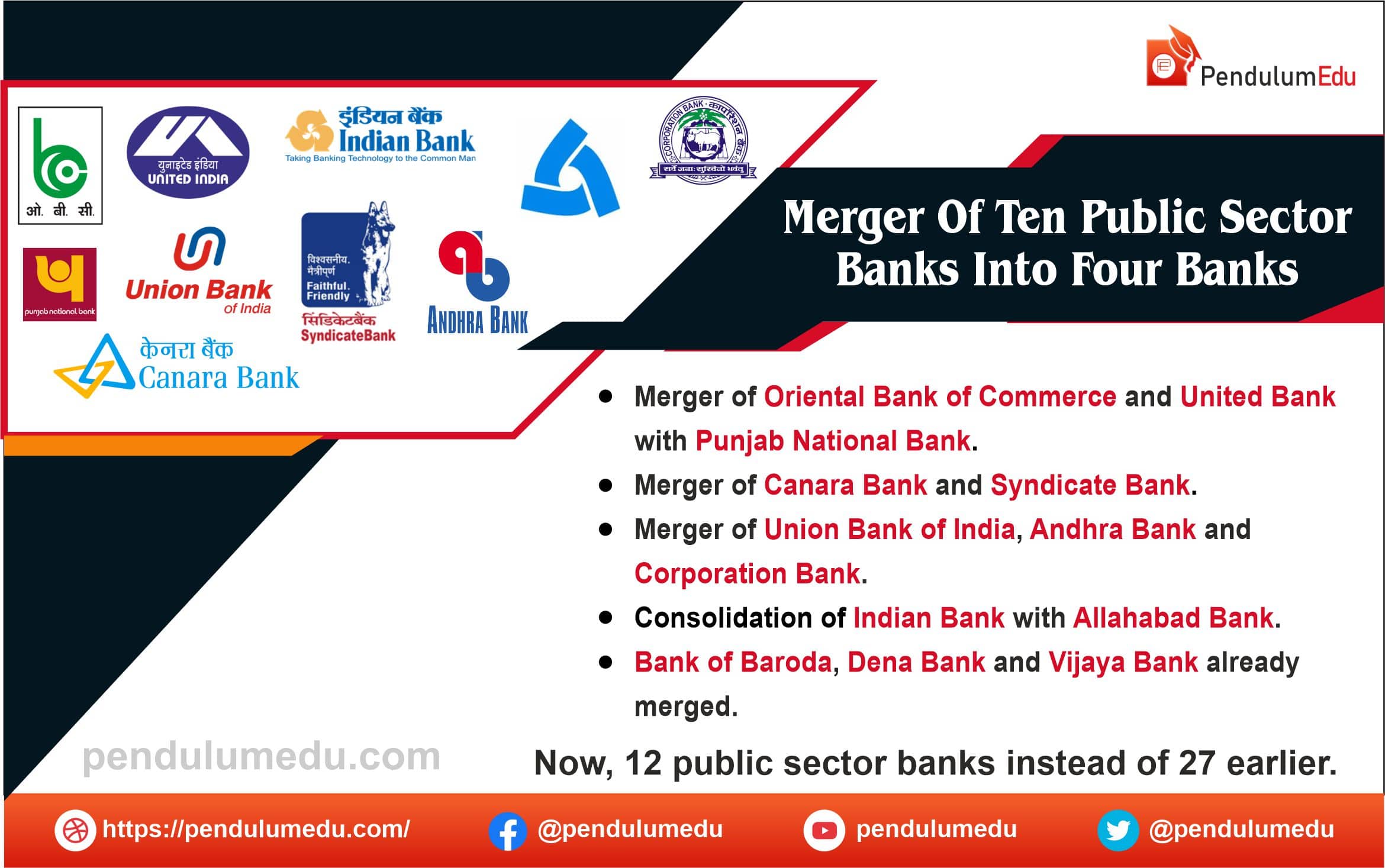 Union Finance Minister Nirmala Sitharaman announced the merger of 10 public sector banks into four. The merger scheme is as follows:

The government will also infuse capital of over Rs. 55,000 crores into the following public sector banks:

The government had already approved the merger of Vijaya Bank and Dena Bank with Bank of Baroda (BoB).

Now, there will be 12 public sector banks after the consolidation of Public Sector banks instead of 27 earlier.

These will be as follows:

Questions related to Banking Awareness are asked in various competitive exams like IBPS PO, IBPS SO, IBPS RRB Scale II and III, etc. Try and attempt free mock tests at PendulumEdu and keep yourself updated with the latest pattern of exams. Also, one can clear all exam related doubts through PendulumEdu’s One-to-One session.