3. ‘The Future of Earth’ report released 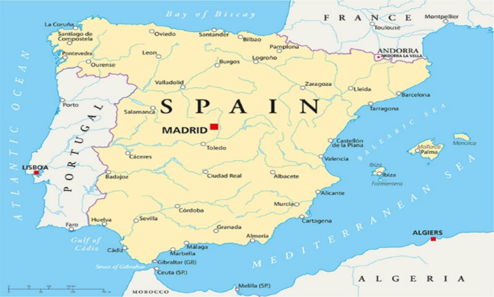 8. Nine medical colleges, two AIIMS have been approved in Jammu and Kashmir

10. Three-day organic food festival program will be held in Delhi from 21 February

1. 'Apiary on Wheels' has been launched recently by the government. This concept has been designed by-

2. Konark Sun Temple located in Odisha will be restored by the government. The temple was built by which ruler?

3. According to the Future of Earth 2020 report, which of the following is not one of the five global risks?

4. Countervailing duty is imposed on the import of certain goods to-

A. Prevent the dumping of goods

B. Neutralise the negative effect of subsidies

5. Recently India and Portugal have signed 14 agreements to increase cooperation in various fields. Which of the following topics is not included in the agreement?

D. All of the above are included

6. The Employees' State Insurance Corporation has increased confinement expenses for pregnant women from Rs. 5000 to Rs.

7. Recently where was the 43rd governing council of the International Fund for Agricultural Development held?

8. The three-day national organic food festival program will be organized by which ministry in New Delhi?

A. Ministry of Food Processing Industries

B. Ministry of Home Affairs

9. Recently INS Jamuna was deployed on hydrographic survey off the coast of_______.