Nepal has officially released country’s new map that claims three regions of Uttarakhand. Which of the following is not one of them?

Kalapani has been a long pending border disputed region between India and Nepal. 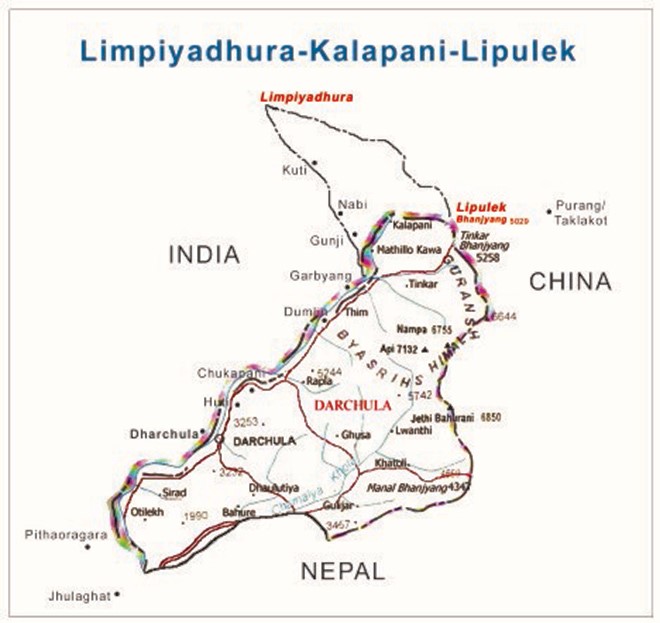 Nepal claims that as per the Treaty of Sugauli 1816, signed between British East Indian Company and King of Nepal, river Kali is the Nepal’s boundary with India. It claims that the river to Kalapani’s west is main Kali and hence, these three regions are integral part of Nepal.

On the contrary, India claims that a ridgeline to the east of Kalapani is the main river and therefore, Kalapani and its contiguous regions are part of its territory.

India and its neigbourhood is an important topic to study as it finds mention in General Awareness syllabus of exams conducted by SSC, State PCS, UPSC CSE, UPSC CDS, etc.

Attempt Daily Current Affairs Quizzes and many more to take your preparation to the next level.

Made up of fundamentally different elements.

Dissimilar or Distinct in kind.

If some things are described as disparate, those things are clearly different in quality or type.

"All three candidates are disparate in wealth and culture."