Two positions of the same dice are shown below. There are different numbers printed on each face of the dice. If a number printed on one of the faces is ‘1’, then what will be the least sum of digits on opposite faces?

Consider the given positions of dice 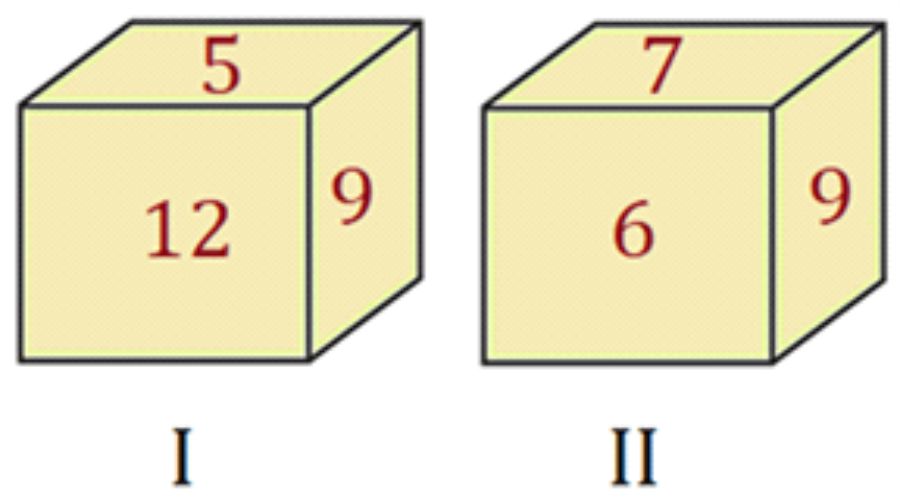 To find out the numbers opposite to faces on the dice, we should follow the following steps:

NOTE: The above logic cannot be applied on the positions of the dice on which more than one face has common number or symbols. For such cases the non-common numbers will be opposite to each other.

Therefore, analyzing position I and position II of dice we can say that there is ‘9’ common in both the positions of dice

The sequence of the numbers by the above logic will be

The sequence of the numbers by the above logic will be

Now, from the above logic, we can say that

According to the question as there is ‘1’ printed on one face of the dice so,

Therefore, sum of the digits on opposite faces will be

Noun: The method of painting or engraving by small dots or spots.

Verb: To paint or engrave by means of dots.; To apply by repeated small touches.

"She stippled the canvas with different colours and made an amazing painting."