Home Qotd Distance and Direction
Question of The Day14-10-2019

According to the information given, we can show it schematically 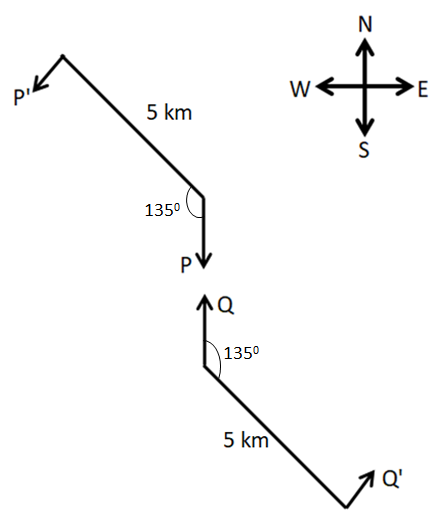 According to question the path taken by X initially was

To retract back the same path, X has to cover the path from P’ to P as shown below

Thus, from the above figure, we can say that the final position of Y will be Q’ i.e North–East.

To do away with.

To end the effect of something.

"A section of economists are in favour of abolishing the Income Tax."