Correct Answer : b ) Either conclusion (I) or (II) follows

Depicting the given statements through a possible Venn diagram, we get 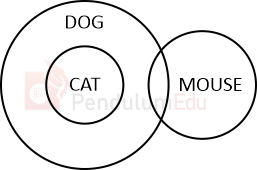 Thus from the above question, we can say that either conclusion (I) or (II) follows