All keys are chains

All chains are rings

All rings are necklace

I. Some rings are keys.

II. Some rings are not keys.

III. All chains are necklace.

Correct Answer : c ) Only conclusion I and II follow

Depicting the given statements through possible venn diagrams we get 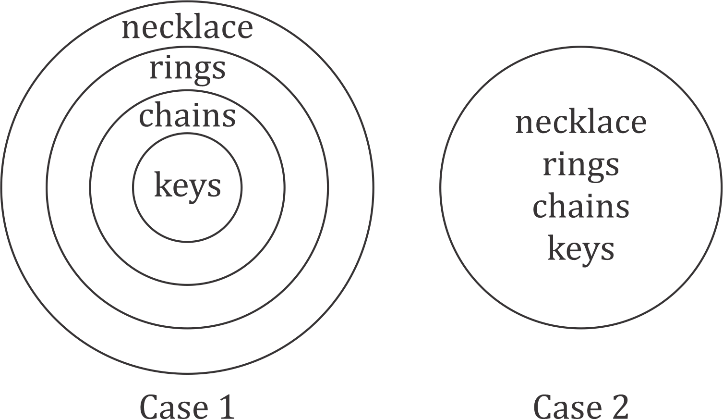 From case 1 and case 2 we can say that conclusion I follows the statements.

From case 1 and case 2 we can say that conclusion III follows the statements.