Peru is located in the western part of South America. Its capital and largest city is Lima. Its currency is Sol. Ecuador and Colombia lie in the North of Peru. Brazil and Bolivia are located in its east and southeast, respectively. Chile lies in the South of Peru. Pacific Ocean borders Peru on the South and West. Huascarán or Mataraju is the highest peak in Peru. Marañón, Apurimac, and Mantaro rivers originate in Peru. 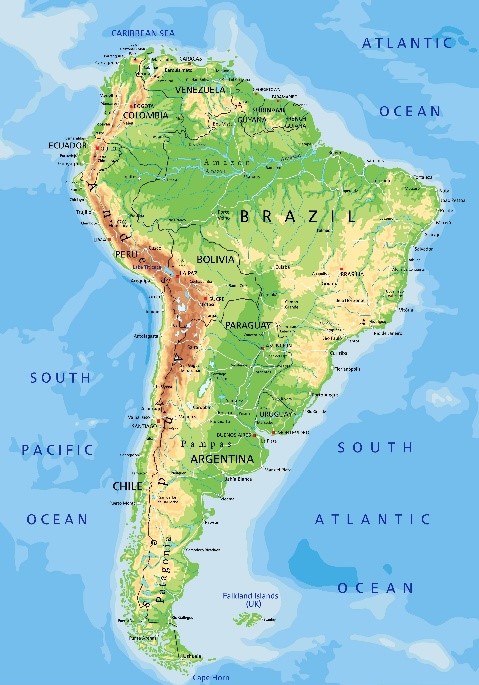 Hence, the correct answer is (c).