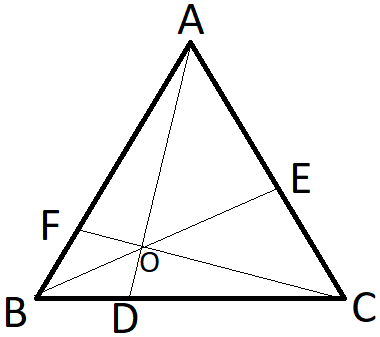 Applying Mass point theorem in the given figure we get, 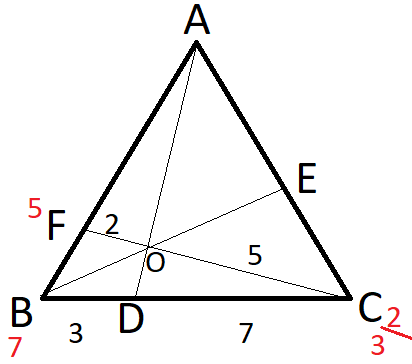 We consider the triangle composed of infinitesimally thin massless line segments to lie in a horizontal plane pivoted over a fulcrum placed at O. That means O is the center of mass for the triangle ABC.

As we changed the mass at point C considering point C on line BC so, all the masses on line C have to be multiplied by a factor of 2

Also, we changed the mass at point C considering point C on line CF so, all the masses on line C have to be multiplied by a factor of 3

Thus, depicting all the masses on triangle we get, 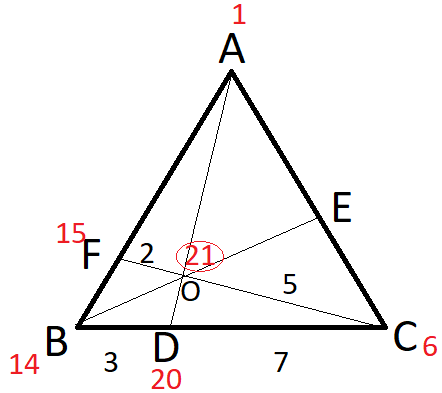 Therefore, we can say that masses at point A and C are 1 and 6 respectively

Thus, we can say that