A conical tent has a circumference of 88 m and a height of 2 m. What will be the cost of making the tent if the cost of the cloth is Rs. 5/m2? 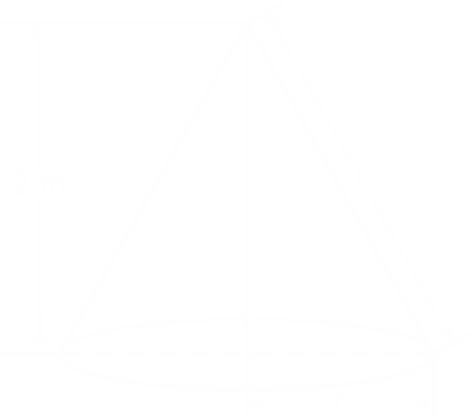 We know that the base of the cone is a circle.

So, the circumference of the cone = 2πr