President of Ukraine Volodymyr Zelensky has introduced martial law and national emergency has been declared in the country. Ukraine has severed diplomatic relations with Russia. This is the biggest attack by a country against another in Europe since World War II.

Ukrainian President pleading for help from the international community.

US President Joe Biden said that US will intervene if the Russian military invades NATO countries.

The Netherlands is to supply 200 air defence rockets to Ukraine as soon as possible.

Australia said that it will supply weapons to Ukraine via NATO allies in Europe.

On Sunday, Russia offered to talk in Belarus but the Ukrainian President declined the offer and suggested to talk at any other locations that are not against Ukraine.

Ukrainian President has agreed to talk with Russia without preconditions. He said that the aim of the talks is immediate ceasefire and withdrawal of Russian troops.

UNSC will hold a rare special session of the UN General Assembly and later this week voting will take place on the resolution to hold Russia accountable for violating UN Charter.

World's biggest cargo plane, Antonov AN-225 was destroyed during the Russia-Ukraine war.

Russia's Central Bank has increased the key rate from 9.5% to 20% to help Ruble and prevent the run of banks due to sanctions imposed by Western nations.

President Zelensky is demanding EU membership with an immediate effect.

IndiGo is operating evacuation flights to bring stranded Indians back to India under the Operation Ganga initiative. Flights are being operated from Delhi to Romania, Budapest, Hungary, and Bucharest.

UN Human Rights Council has agreed to hold an urgent debate in Geneva on Ukraine's request.

US, UK and EU to remove some Russian banks from SWIFT.

FIFA and UEFA have decided to suspend all Russian teams from participation in competitions until further notice.

Finland said that it will send weapons and ammunition to Ukraine.

Russian planes have been banned from US airspace by US. A similar ban was imposed by Canada and EU.

PM Modi will participate in a virtual Quad summit with US President, Australian and Japanese PM on 3 March 2022.

Japan will freeze the assets of four additional Russian banks.

UNHCR has announced that one million refugees have fled Ukraine in a week since Russia has invaded the country.

UAE has said that the Ukraine nationals are eligible for visas on arrival in the country. 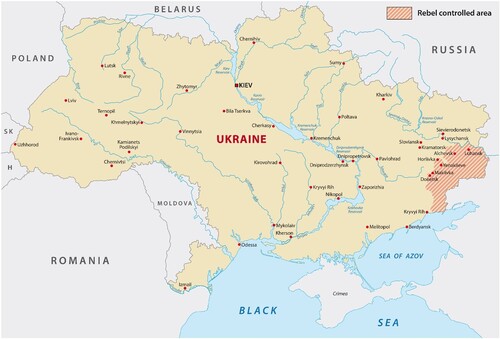 Ukraine is a country in Eastern Europe whose capital is Kyiv. It shares its border with Russia, Poland, Belarus, Slovakia, Hungary, Moldova, and Romania. It shares its maritime border with Sea of Azov and Black Sea. Its current President is Volodymr Zelensky. After disintegration of USSR in 1991, Ukraine became a fully independent state. 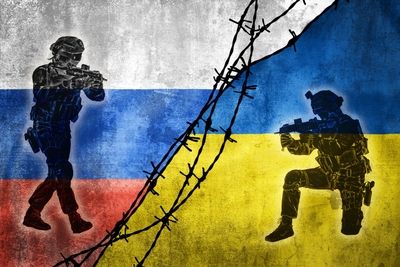 Russia has quoted that US and its allies have ignored its demand to stop Ukraine from joining NATO. Russia wanted to stop NATO from reaching its western border.

He also asserted that the attack was required to protect civilians of Eastern Ukraine who were facing genocide since 2014. The rebel group in this region sought Russia’s help to liberate them from Kyiv’s control.

North Atlantic Treaty Organisation (NATO) is an intergovernmental military alliance between 28 European nations and 2 North American countries. It was formed on 4 April 1949. Its headquarters is located in Brussels, Belgium. It works on the system of collective security i.e. if any external party attacks on any member of NATO, then all the members will respond collectively to such attack.

Impact of Russia-Ukraine war on India and the world

Due to the war situation, Asian stock markets have plunged. Brent Crude oil prices have risen and crossed $100 mark. Sensex opened for trading with a loss of 1800 points. Wall street's benchmark S&P index fell 1.8% to an eight month low. In the long term, it will impact India’s rising inflation and current account deficit.

What is the reaction of India and other countries to Russia’s attack on Ukraine?

Bilateral payments with Russia are unlikely to be impacted as in case of India, payments for imports and exports are made in rupee for shipments.

India has asked for an immediate de-escalation. UN General Assembly has asked to maintain peace across the borders of Ukraine and Russia.

Poland has said that it will not play its 2022 World Cup play-off with Russia and has condemned Russian aggression.