2. Mine Counter Measure exercise held between India and Japan

3. WHO ranks India at 8th positon in a study on physical activity

7. UP government launches massive immunisation campaign against the Filariasis

1. Which of the following Indian states/Union Territories has the highest road length under Pradhan Mantri Gram Sadak Yojana (PMGSY) in 2019?

2. The first ever Mine counter measure exercise was held between-

3. What is the ranking of India in WHO’s study on physical activity among adolescents?

4. What is the theme of the 8th International Tourism Mart 2019?

5. Who is the current Chief Information Commissioner?

6. The 50th conference of Governors was recently held in-

8. Who among the following clinched the sixth Davis cup title? 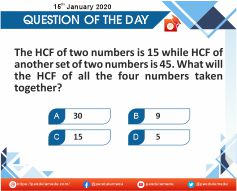