The correct sequence of these countries from west to east is:

Lebanon is a western-most country in West Asia. Beirut is the capital of Lebanon. Lebanese pound is the currency of Lebanon.

Iran lies to the east of Iraq. Its capital is Tehran, and its currency is Rial.

The correct sequence of Iraq, Syria, Lebanon and Iran from west to east is also clear from the following map of West Asia: 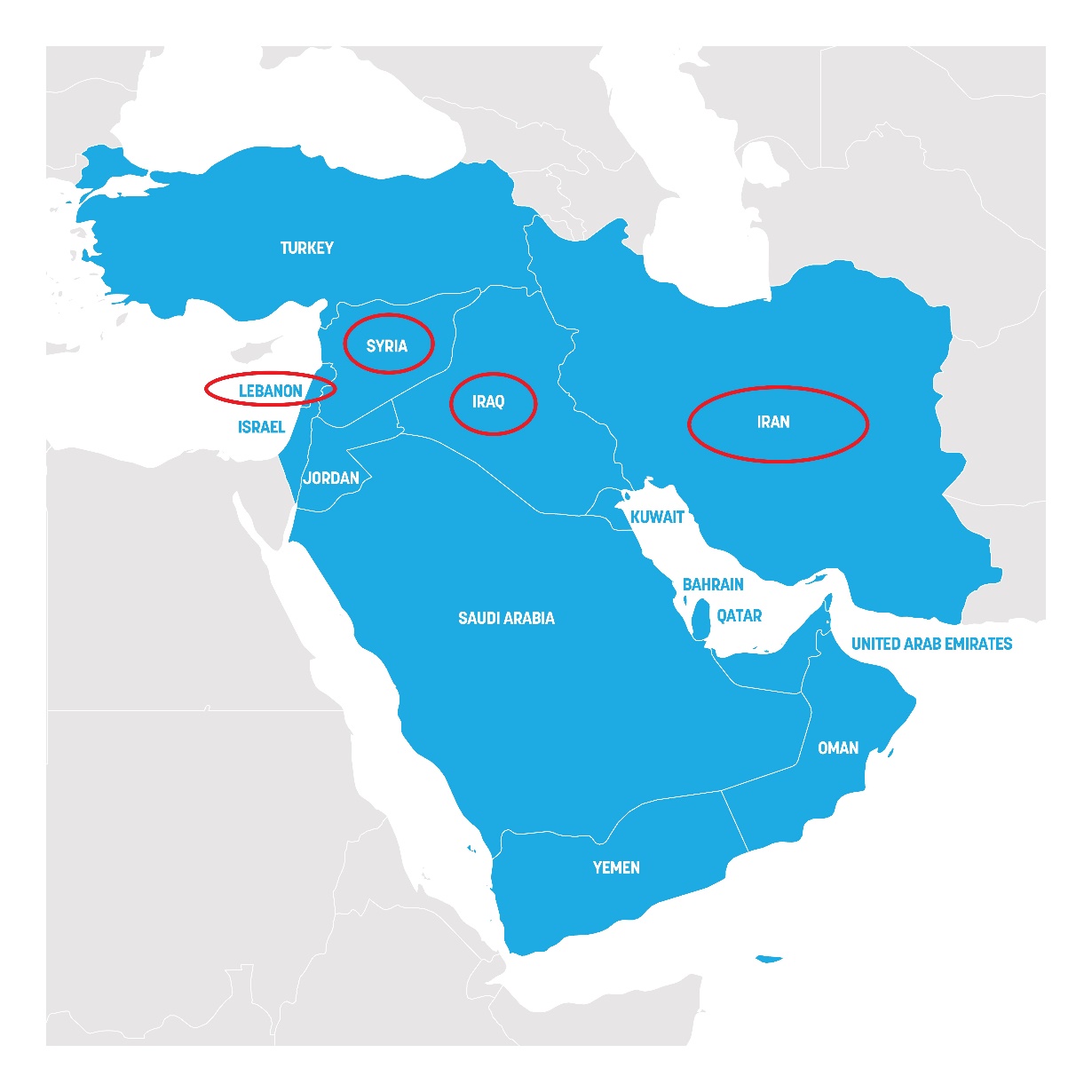 Hence, option (a) is correct.