Which of the following countries lies on the southern border of Lebanon?

Lebanon is a small country in Western Asia. Syria lies in the north and east of Lebanon. Cyprus lies in its west across the Mediterranean Sea. Israel is located on southern border of Lebanon. Lebanon was described as the "Switzerland of the East" during the 1960s.It is also named "the Pearl of the Middle East.” Beirut is the capital and largest city of Lebanon that attracts many tourists. So, Beirut was known as "the Paris of the Middle East.”

Lebanon was recently in the news for its forest fire, which is considered as country's worst wildfire in decades and for protests regarding economic crisis, political corruption and imposition of daily tax on voice calls made through voice-over-internet-protocol (VoIP) using WhatsApp, Facebook Messenger and FaceTime from Apple. 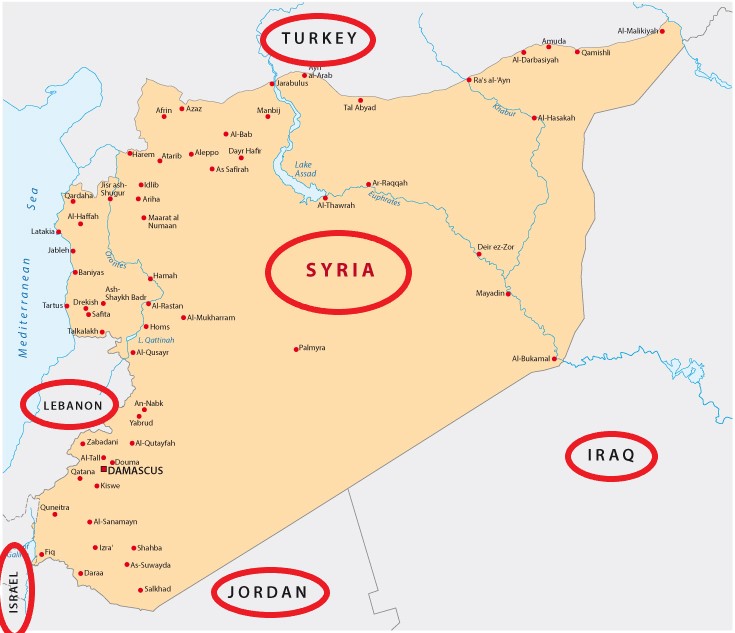 Such type of question is mainly asked in exams like UPSC CSE, UPSC CDS, States PCS, while places in news can be asked in one or the other form in exams such as SSC CGL, SSC CHSL, IBPS PO, IBPS SO, etc. Try and attempt free mock tests at PendulumEdu. One can clear all exam related doubts through PendulumEdu’s one-to-one session.