1. Support for the proposal of India and South Africa at WTO is growing and developing countries are under pressure.

2. Ministry of Corporate Affairs and CBIC signed an MoU for Ease of Doing Business in India. 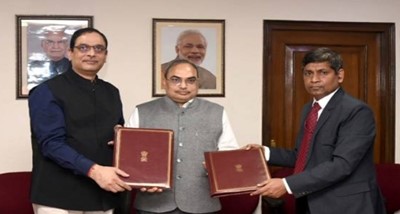