4. Necessary medicines are being delivered at the doorstep of patients and the elderly to fight COVID-19 through Pradhan Mantri Jan Aushadhi Kendra

6. CSIR, CCMB and IGIB together work on genome sequencing of coronaviruses

8. Increase in cases of corona virus infection in the country 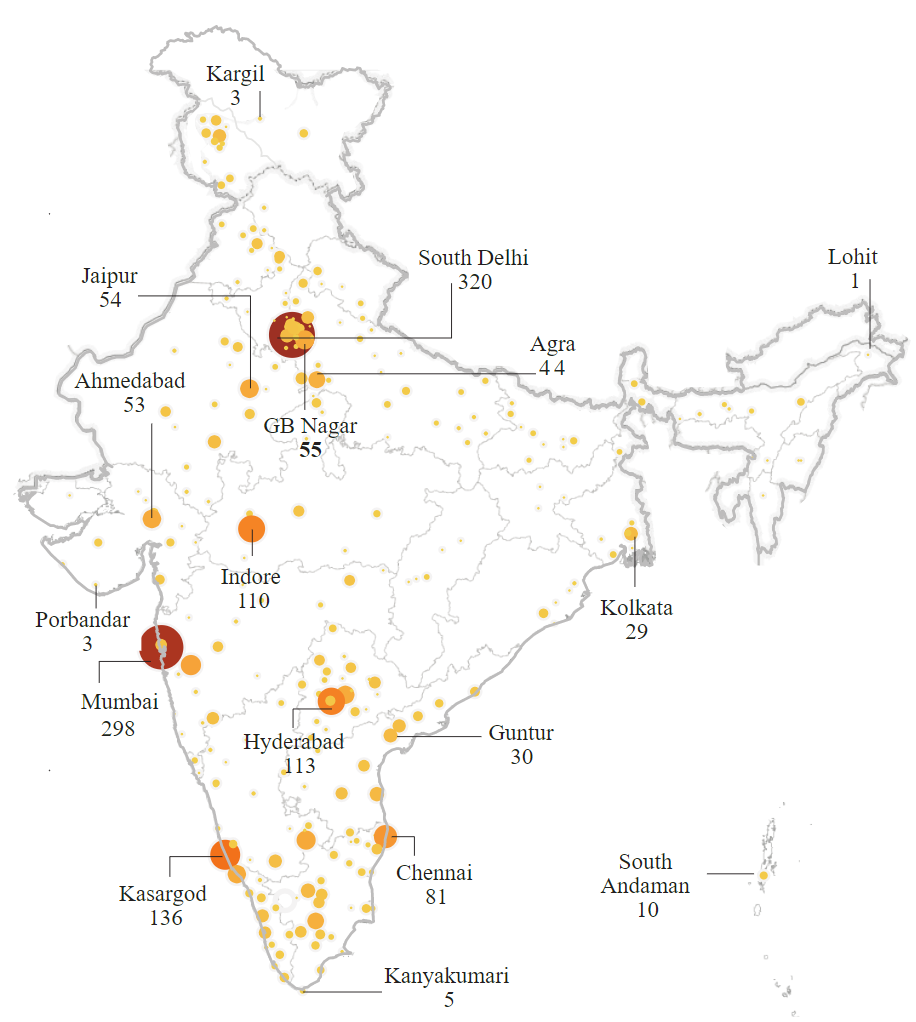 Four types of Bills are described in the Indian Constitution:

Money Bill - Article 110 of the Indian Constitution defines Money Bill. Money bills are concerned with financial matters like taxation, public expenditure etc. The Lok Sabha speaker decides whether a bill is a money bill or not.

Ordinary Bill - Apart from matters related to money, all other matters fall under the Ordinary Bill. They are described in Article 107 and Article 108 of the Indian Constitution.

1. Indian Railways was established in which year?

2. The Central Government launched a learning platform to deal with the COVID-19 pandemic, which of the following will be trained by this platform?

3. What type of tax is income tax?

B. Department of Pharmaceuticals

5. Where is the headquarters of the Small Industrial Development Bank of India (SIDBI) located?

6. Where is the National Institute of Virology located?

7. Ashraf Ghani is the President of which country?

8. Which region in the country has witnessed the highest increase in corona infection in the period from 23 March to 8 April?