Pneumonia is an infection which is caused by bacteria, viruses, or fungi.

It can be prevented by the proper vaccination against this disease.

Air pollution is the main risk factor for death from pneumonia.

It was established in 1936. It is a division of Prasar Bharati.

Its motto is ‘Bahujan Hitaya: Bahujan Sukhaya’. It is officially known as Akashvani.

6. 32nd edition of India-Thailand Coordinated Patrol to be conducted from 12-14 November.

7. 29th Meeting of the Southern Zonal Council to be chaired by Union Minister of Home Affairs at Tirupati.

Five Zonal Councils were set up in the year 1957 under Section 15-22 of the States Re-organization Act, 1956. They are statutory bodies.

Hon’ble Union Home Minister is the Chairman of each of the five Zonal Councils (North, Central, East, West and South).

Chief Ministers of the host State (to be chosen by rotation every year) is the Vice-Chairman. Two more Ministers from each State are nominated as Members by the Governor. 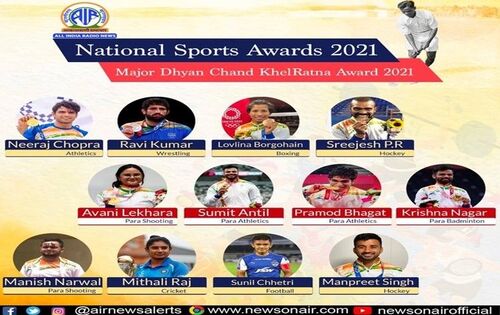 IEPFA has been set up under Section 125 of the Companies Act 2013 for the administration of the IEPF fund.

The main aim of the Authority includes promotion of investor education, awareness and protection, return of unclaimed shares, dividends, and other amounts to transfer to it under sections 124 and 125 of the Companies Act 2013 to the rightful claimants.

It was established on 7th September 2016 by the Government of India.

IEPFA works under the administrative control of Ministry of Corporate Affairs.

It is an island country in East Asia. It shares its maritime border with the Sea of Japan, Sea of Okhotsk, East China Sea, and Taiwan.

Its capital and largest city is Tokyo. Its currency is Japanese Yen. Diet is the national legislature of Japan.

It became a state on 1 April 1935. Its capital is Bhubaneswar.

Its Chief Minister is Naveen Patnaik. Its governor is Ganeshi Lal.

Odissi is a famous classical dance from Odisha. Pattachitra is a traditional painting of Odisha and West Bengal.

14. The presence of Norovirus confirmed in Wayanad district in Kerala.