1. India is ready to update its 2030 climate goals under Paris Agreement.

It is an initiative of the UN Framework Convention on Climate Change (UNFCCC) in 2016, along with 188 countries.

The objective of the Paris Agreement is to limit the rise in global average temperature to below 2°C above pre-industrial levels.

2. Former International hockey player Saranjeet passed away at age of 59.

3. World Health Organisation has released the ‘Global TB report for 2021’. 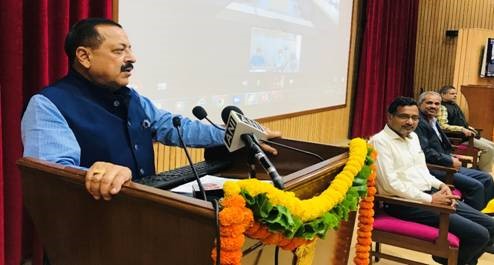 7. India, United States, Israel and UAE have decided to form a forum for economic cooperation.

Its headquarters is located in Mumbai.

It is under the jurisdiction of the Ministry of Finance.

Osteoporosis is a bone disease in which the bones become weak and brittle because of the loss of mineral density.

It is caused due to imbalance between bone resorption and bone ossification.

Shortness of breath, Bone fractures, and Pain in the lower back and neck are some common symptoms of Osteoporosis.

11. A new species of Onion discovered in Uttarakhand.

12. Ecuador declares state of emergency over a rise in violent drug crimes.

It is a country in South America.

It shares its border with Colombia, Peru, and the Pacific Ocean.

Its capital is Quito. Its current President is Guillermo Lasso. Its currency is United States dollar.

13. India to host young leaders from 75 democracies under the initiative Gen-Next Democratic Network.