It is an international organization in which 98 countries have signed the ISA Framework Agreement.

The assembly is the apex decision-making body of ISA.

It was jointly launched by Prime Minister Modi and the President of France during the COP-21 in Paris in 2015.

The alliance aims to contribute in the implementation of the Paris Climate Agreement through rapid and large-scale use of solar energy.

It works for the overall development of children globally and promotes policies for child protection and inclusion.

Its Governor is Banwarilal Purohit. 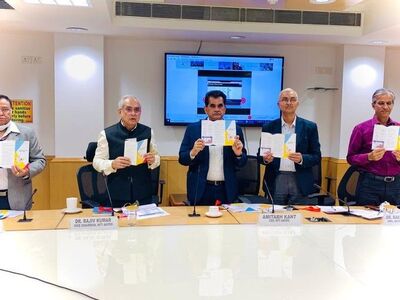 It is a statutory organization that works under the aegis of the Ministry of Electronics and Information Technology. It was established in 2016.

It has issued the Aadhaar Card, a 12-digit unique identification number provided to every Indian resident.

Recently the International Solar Alliance (ISA) has amended the framework agreement to enable UN member states to join the group.

After ratification of this amendment, member countries of the United Nations outside the Tropics can now join the International Solar Alliance.

8. India to attend Moscow Format meeting on Afghanistan on Oct 20.

It is also known as the “Eco Oscars”. It has been instituted by the Duke of Cambridge and renowned British naturalist David Attenborough.

Every year five projects working to find solutions to the earth’s environmental problems are awarded with the Earthshot award.

The winners are chosen from finalists by the Earth shot Prize Council.

10. Rajnath Singh unveiled the book ‘Veer Savarkar: The Man Who Could Have Prevented Partition’.

He was an Indian independence activist.

He was sentenced to 50 years in jail in 1911 for revolting against the Morley-Minto reforms.

He was part of the Hindu Mahasabha.

He wrote the famous book ‘The Indian War of Independence 1857’.

Manoj Sinha is the Lieutenant Governor of Jammu and Kashmir.