2. Stuart Binny announces retirement from all forms of Cricket.

It became a Union Territory on 31 October 2019. It comprises of Leh and Kargil. Radha Krishna Mathur is the current Lieutenant Governor of Ladakh.

5. Himachal Pradesh administers first dose of Covid vaccine to 100% of its population.

Summer capital of Himachal Pradesh is Shimla and the winter capital is Dharamshala.

GDP is the final value of the goods and services produced within the geographic boundaries of a country during a specified period of time.

Gross value added (GVA) is defined as the value of output less than the value of intermediate consumption. It is used to measure the output or contribution of a particular sector. 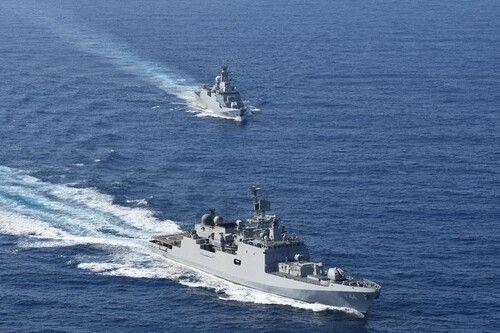 8. Dorje Angchuk becomes first Indian to be inducted as Honorary Member of the International Astronomical Union.

It was founded in 1919 to promote the science of astronomy.

It has more than 13000 individual members and 82 national members, including India.

10. PhonePe gets an insurance broking licence from IRDAI.

PhonePe is a Bangalore-based Indian digital payments and financial services company. It was founded by Sameer Nigam, Rahul Chari and Burzin Engineer in 2015.

12. Pankaj Kumar Singh assumes charge as new Director-General (DG) of BSF and Sanjay Arora takes over as DG of ITBP.

BSF is India’s largest border guarding force. It guards over 6,300 km of Indian boundary with Pakistan and Bangladesh. It was founded on 01 December 1965.

ITBP guards the 3,488 km long Line of Actual Control (LAC) with China. It was created on 24 October 1962. Both of them are headquartered in New Delhi.

Eastern Economic Forum (EEF) is an international forum. It is held each year since 2015 in Vladivostok, Russia for the purpose of encouraging foreign investment in the Russian Far East.

14. Algeria becomes the last country to scrap the usage of leaded petrol.