1. A player-oriented web-based platform has been launched by Hockey India.

All the activities for both men's and women's hockey are directed and conducted by Hockey India.

The Ministry of Youth Affairs & Sports recognizes it as the sole body responsible for promoting Hockey in India.

2. According to UN Survey, India improved its ranking in ease of cross-border trade. 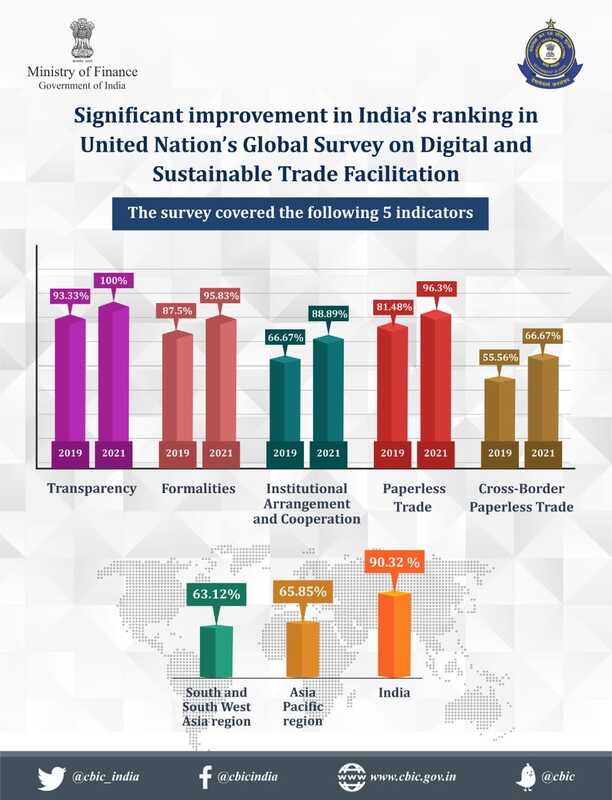 Central Board of Direct Taxes (CBDT):

It is a statutory body under the Central Revenue Act, 1963.

It deals with matters related to levy and collection of direct taxes like personal income tax, corporate tax, etc.

CBDT is headed by Chairman and comprises six members. Its headquarters are in New Delhi.

5. Union Cabinet approves setting up of Central University in Ladakh.

It is one of the Union territories of India.

It is bordered by the Tibet Autonomous Region, Himachal Pradesh, Jammu and Kashmir, and Pakistan.

It is the largest and the second least populous union territory of India.

Radha Krishna Mathur is the Lieutenant Governor of Ladakh.

8. Government launched portal for registration of Children orphaned by COVID-19.

9. Supreme Court struck down some provisions of 97th Amendment dealing with co-operative societies.

According to Article 368, ratification of one-half of state legislatures is required for an amendment that makes changes in the state list subjects.

A co-operative society is a voluntary association of individuals having common needs who join hands for the common economic interests.

10. IPC and WHO sign MoU for promotion of diversity and equity.

It was founded in 1989. It is headquartered in Bonn, Germany.

Nari Shakti Puraskar is given annually by the Ministry of Women and Child Development and presented by President of India on International Women's Day (8 March). It was started in 1999.

It was jointly launched by Prime Minister Modi and the President of France during the COP-21 in Paris in 2015.

The alliance aims to contribute to the implementation of the Paris Climate Agreement through rapid and large-scale use of solar energy.