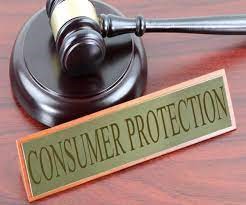 6. Sex ratio at birth at national level improved by 19 points.

China National Space Administration is the national space agency of the People's Republic of China.

It is responsible for the planning and development of space activities in China.

Its headquarters is located in Haidian District, Beijing.

It has been launched by the central government in 2016.

Its main objective is to develop urban infrastructure in rural areas.

The Rurban Mission has developed cluster of many smart Villages.

It is an island country in South Asia.

Its executive and judicial capital is Colombo, and its legislative capital is Sri Jayawardenepura Kotte.

Gotabaya Rajapaksa is the current President of Sri Lanka.

It is located in the northern region of India. It is bounded by Uttar Pradesh, Punjab, Himachal Pradesh and Rajasthan.

It has 22 districts and its Capital is Chandigarh.

Bandaru Dattatreya is the current Governor of Haryana.

13. Meendum Manjappai Scheme launched in Tamil Nadu to encourage use of cloth bags.

The South Indian state of Tamil Nadu is famous for its Dravidian-style Hindu temples.

Its capital is Chennai.

Its Governor is R. N. Ravi and Chief Minister is M. K. Stalin

Kabbadi is the state sport of Tamil Nadu. It is also known as Sadugudu.