These are the basic right for all humans around the globe.

It includes the right to life and liberty, freedom from slavery and torture, freedom of opinion and expression, the right to work and education, etc.

It is the most populous state in India and ranks 4 in terms of area.

The Chief Minister of the state is Yogi Adityanath and Governor is Anandiben Patel. Its capital is Lucknow.

7. World Malaria Report 2021 has been released on 6 December.

It spreads by the bite of an infected female anopheles mosquito.

Hydroxychloroquine is an anti-malarial drug.

10. A 300-crore memorial-museum being constructed by Haryana government at Ambala is likely to be inaugurated by early next year.

14. The Bureau of Energy Efficiency (BEE) has launched a 'Certification Course on Home Energy Audit' initiative.

The Bureau of Energy Efficiency is a government of India department under the Ministry of Power that was established in March 2002, under the provisions of the Energy Conservation Act 2001.

Its headquarter is located in New Delhi. 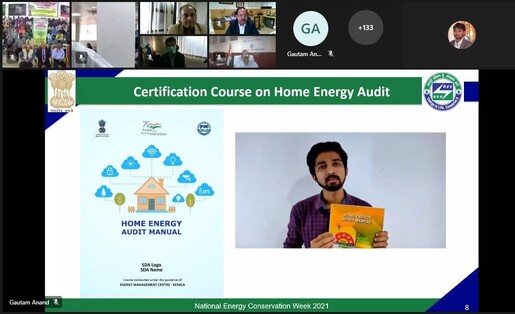