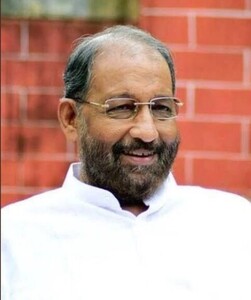 It is the highest international governing body of association football.

Its headquarters is located in Zurich, Switzerland.

Gianni Infantino is the current President of FIFA.

3. As per projection by IMF, India will continue to be the world’s fastest growing major economy.

IMF is an international organization. It is designed to promote global monetary cooperation.

Its headquarters is located in Washington DC. It was established in 1944.

The Managing Director of IMF is Kristalina Georgieva. It has 190 members.

4. The proposal of Department of Fertilizers for fixation of NBS Rates for P&K Fertlisers for 2021-22 approved by CCEA.

It is a non-governmental trade association of the Indian software industry.

It is a not-for-profit industry association.

Rekha M.Menon is the current chairman.

Jaipur airport is the 11th busiest airport in India.

The airport was granted the status of the international airport on 29 December 2005.

It is the only international airport in the state of Rajasthan.

It was adopted at the Third United Nations World Conference on Disaster Risk Reduction in 2015.

It was the first major agreement of the post-2015 development agenda and provides the member states with concrete framework to protect development gains from the risk of disaster.

Power Finance Corporation Ltd (PFC) was formed in 1986. It is headquartered in New Delhi. Rural Electrification Corporation (REC) is its subsidiary.

PFC is the largest infrastructure finance company dedicated to the power sector. It is under the administrative control of the Ministry of Power.

13. IFFCO chairman Balvinder Singh Nakai passes away at the age of 87.

It is a multi-state cooperative society. It is engaged in the business of manufacturing and marketing of fertilizers.

It is headquartered in New Delhi. It was founded on 3 November 1967.